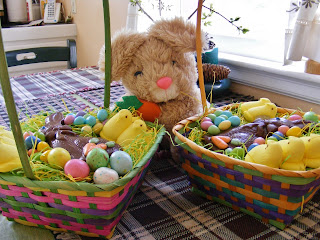 Moving to a new continent with a new language definitely broadens your horizons.  Things are done a different way with words you may or may not understand or recall.

Reading a story by David Sedaris, “Jesus Shaves”, touched on this subject and brought back a flood of linguistic “WTF” moments when, in spite of speaking fluent French, I had NO idea what people were talking about.

The example Sedaris relates is the Easter bunny vs the church bells.

It was after he moved to Paris, and he was taking French lessons.  The teacher chose Easter as that day’s lesson.  “And what does one do on Easter?  Would anyone like to tell us?”

One student mentions the Easter meal of lamb.  And of course brings up chocolate.

“And who brings the chocolate?” the teacher asks.

Sedaris thinks he knows the French word for rabbit and raises his hand.

“The rabbit of Easter.  He bring of the chocolate.”

“A rabbit?”  The teacher, assuming I’d used the wrong word, positioned her index fingers on top of her head, wriggling them as though they were ears.  “You mean one of these?  A rabbit rabbit?”

The teacher sighed and shook her head.  As far as she was concerned, I had just explained everything that was wrong with my country.  “No, no,” she said.  “Here in France the chocolate is brought by a big bell that flies in from Rome.”

I must admit that this facette of French lore was confusing to me as well when I heard it my first Easter in Paris.  But it’s easy to explain, once you realize the Christian logic behind it.  As of Good Friday, with the death of Christ, all the church bells in France go silent.  They only ring again Easter Sunday morning, once Christ has risen from the dead.  And France, being a Roman Catholic country, explains to its children that the bells had flown to Rome but now they’re back, bringing chocolates with them.

The Easter Bunny dates back to more pagan times, as do the eggs.

So there you have it.  All very logical, if you know the cultural context.

There are lots of differences between American sayings and French ones.  Many run more parallel than the bunny versus the bell.  For instance in France you let sleeping cats lie, not dogs.  And when you don’t understand something it’s all Hebrew to you, not Greek.  Stubborn people aren’t pig-headed; they’re mule-headed.  If someone, especially an older person, loves you tenderly, they won’t call you “sweetie” or “honey”; they will call you “ma puce”, my flea.  Bad checks aren’t made of rubber (so they bounce); they’re made of wood.  Should something seem strange, you won’t smell a rat but you may have an eel under your rocks (not sure what that’s about, unless it’s the biting kind of eel).  If you’re in a bad situation, your goose isn’t cooked, but your carrots are. And the frog in your throat is really a cat.  (Cats come up a lot in French.)

Those are fairly easy to comprehend, due to the parallel structure.  But other things don’t just use a different animal or material; they depend on a historic explanation.  And if you don’t know the history behind it, you won’t understand.

For instance, important events in America are red letter days.  But in France, the red letter becomes a white stone.  Why?  Because during Napoleon’s Empire, military service was sometimes a question of chance, like the now-disappeared draft lottery for U.S. youths, where at age 18 boys got a number that decided whether they ended up in Vietnam or not (sometimes permanently).  The young Frenchman would put his hand in a bag filled with black and white stones, and pull one out.  If it was black, he was off to combat (unless someone poorer could be paid to replace him.)  If it was white, no military service for him.  So young men would remember that day for a long time, the day marked by a white stone that probably saved his life.

So next time Easter comes around, remember to tell that bunny I said “bonjour”.