Out & About - Exhibits - National Geographic: The Legend 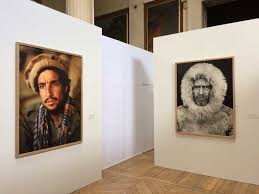 Ever since I was a little girl, I’ve been reading National Geographic.  And even before that, even before I understood what I was reading, I would look at the photos.
Photos of far away places with strange-sounding names (to steal some lyrics from an old song).  That may be what led to my trademark wanderlust.  (It probably also led to my photo-taking and travel-blog-writing.)
With no siblings, I had to find ways to amuse myself that didn’t require other children.  Reading was the key one.  That somehow led me to National Geographic, although I don’t remember my parents having a subscription.
I do remember, later, we adolescents using it for sex education, a class which didn’t yet exist at school in the Fifties.  We would go to the library and seek out National Geographic issues about Africa, where you were always sure to see bare breasts.  (To the concern of all us girls, they were always sagging to the waist; great for bra sales.)  And I won’t go into the New Guinea articles with the penis gourds!

All this to say that Paris hosted a National Geographic Photography exhibition at the city’s National History Museum.  I arrived here near the end of it, so I made time - between rainstorms - to go over there.
It was full of the iconic photos by George Shiras and Tim Laman and Joel Sartore and Steve McCurry, among other famous photographers who used their talents at the Society’s request..
An introductory “mobile” displayed National Geographic magazine covers down through the years, all strung up in dozens of vertical necklaces.  They went back to almost the beginning of the Society in 1888. Even from afar, you could guess how old they were by the style of the magazine’s famous yellow outline, and by the visual technology of the photo on the front cover. 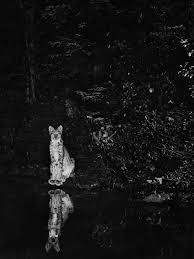 The exhibit was set up in sections, to reflect the Society’s areas of interest. The first section was for wildlife, and I stood a long time in front of a night photo by Shiras of a lynx in Ontario, seated by a pond, staring at the camera out of the darkness.  Such beauty! There was also a photo by Tim Laman of snow-flecked, long-haired apes with red faces sitting in that hot spring in Japan’s Jigokudani Yaen-Koen Park, which is on my Bucket List of things to see before I die.  They look like old men trying to stay warm.  So very human!
A small monitor played a video of different animals, each a blow-up from Joel Sartore’s Photoark, a mural displayed in its entirety on the opposite wall.  Another monitor ran a video of primatologist Jane Goodall speaking in China about her work with chimpanzees, complete with some imitations of ape calls; I presume it was sponsored by NGS.
The exhibit included not only animals, but also famous people, another of the Society’s fields of interests.  In the section reserved for underwater exploration, right behind a model of his diving saucer, there was (logically) a photo of a very young Jacques-Yves Cousteau from 1960.  Prominently displayed was a photo of polar explorer Robert Peary, his grim, bearded face haloed by a warm fur parka.  Photographer unknown, but taken on an expedition funded by National Geographic to reach the North Pole.  (Science would later claim Peary stopped 30-60 miles short.)

In the following section were photos which could be dubbed world affairs.  One that hit me upon entering was Steve McCurry’s 1985 cover photo of that green-eyed Afghan girl, where the eyes jump out at you and hold your gaze.  She embodies every woman who has ever had to live through war, with all its hardships, including the ever-present risk of rape for any woman in times of conflict.  Near her was a striking photo (I believe also McCurry’s) taken in 1985 of Ahmad Shah Massoud, the Lion of Panjshir.  Fighting the Russians during that first modern Afghan War, and consequently seen then by America as having a common enemy with us, Massoud would end up one of the earliest victims of Al Qaeda, massacred by two of its agents posing as Belgian journalists, arguably because he’d gotten wind of the preparations for 9/11.
At the very end of the hallway, and of the exhibition, was a viewing room where you could sit and watch three National Geographic films.  The first was on the Titanic, and whether it broke in two or not as it went down. The second was from the Society’s wildlife channel, on all sorts of animals but especially a jaguar up a tree, heckled by attacking hyenas below.  The last video took on the issue of tar sands.  All were excellent and you could stay and watch the three of them in a loop as long as you wanted.

As I walked back down the hallway to the museum’s entrance, I reflected on the fact that I had seen so many of the destinations on my Bucket List for the first time in the pages of this magazine!  Angkor Wat, the Great Wall of China, Cuba, Easter Island, Machu Picchu, those old-man monkeys...
But for the time being, it’s back across Paris to my home on the hill.  Outside the Museum, on the opposite side of the street, stands the beautiful Paris Mosque, where I get on the same bus my children used to take home from their school nearby.  Between that and all those National Geographic photos from the past century, I feel like a Time Traveler.


P.S.  Before I left, I took a peek down the other exhibit hall of the building and found it filled with sparkling geodes, huge crystals and multi-colored minerals - pyrite, amethyst, chalcedony, malachite - from around the world.  Some of them date all the way back to Abbé Haüy, the mineralogist who, with Cuvier, amassed all these wonders for which Paris eventually built this natural science complex.  I’ll come back another day to look at them and marvel. 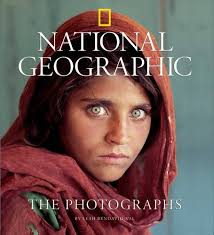