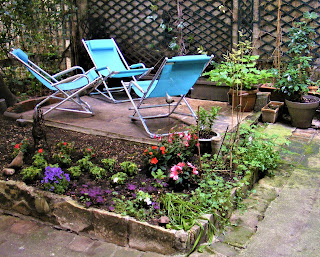 When you move to a foreign country, you learn certain new things that are cultural touchpoints to your new environment.
When I moved to France, one such discovery was the Saints de glace, the Ice Saints.
Being from the north of the States, I’m familiar with snow and ice.  In Houghton, way up in the Keweenaw Peninsula of Michigan’s Upper Peninsula, an ice festival is held every February.  I went one year.  The snow on either side of the streets was literally higher than I am tall.  And the ice sculptures were amazing... and huge!
But the Saints de glace have nothing to do with that.
And they happen in May.
In Western Europe, there are varying amounts of snow in winter.  Paris gets very little.  But there are still overnight frosts to deal with.  Especially if you have a garden.  And especially if you’re a farmer growing fruit trees or wine grapes.
And that’s where the Saints de glace come in.

Each day in Roman Catholic countries has at least one saint.  Sometimes two:  one male, one female.  In mid-May, days are usually warm (although not this year), with a sweater being all you need, or a light jacket.  But the nights are another thing.  Temperatures can drop quite a bit.
In France May 11, 12 and 13 are the Saint de glace, the Ice Saints days.  The 11th is (or rather was) for Saint Mamertus, archbishop of the city of Vienne in the Rhone Valley of Roman Gaul (i.e. today’s France), who died in 474.
The 12th is for Saint Pancras - of the London train station of the same name.  He was the nephew of St. Denis, patron saint of France, whose head was lobbed off by the Romans just around the corner from me, whereupon he picked it up and walked north, down the hill of Montmartre and across the plain until he finally dropped in a place now named after him, where a basilica was built and where all the French kings and queens are buried.  (Well, most of them.)  But back to the nephew.  Pancras is the patron saint of children, probably because he was beheaded at the ripe old age of 14 around the year 304.
May 13 is for Saint Servatius, who was the bishop of Tongeren, in what is now Belgium, and died near the end of the fourth century.  Although he was highly popular, he’s since been replaced on the calendar.  Legend says he was a cousin of Christ and/or John the Baptist and a descendant of Saint Anne, the mother of the Virgin Mary. 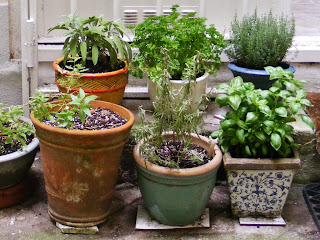 Horticultural advice in much of France is not to plant before the Saints de glace have passed.  Which is true for the north of the United States as well, and there even not before Memorial Day.  Especially as climate change has made many winters milder, causing plants to blossom and bud earlier.  Galileo and his pupils confirmed this weather pattern for the years 1655-70, reporting a cold snap over the days of the Ice Saints.  This year, wine growers are having an awful time, going to extraordinary lengths to try to keep their grape buds from freezing, or getting burnt by the morning sun hitting the frozen dew on them.
As I’m not here in my Montmartre hideaway much right now, and I don’t grow grapes, I’ve planted already anyway, just to cheer up my little private garden that went through a rough winter.  I have been bringing the pot of basil indoors though many nights.  The rest will have to fend for itself. 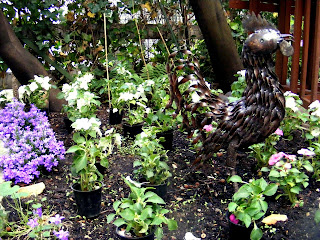 But the fun thing about these saints’ days has nothing to do with planting.  It has to do with homonyms, words that are spelled or sound the same but have different meanings.  In French there are saints - saints - and seins - breasts.  Both pronounced absolutely the same.  In other words, May 11-13 could be interpreted as the Icy Breasts Days.  I guess one would result from the other, if temperatures were low enough and if you dressed scantily.  Anyway, it always makes foreigners laugh when they first hear Saints/seins de glace.  And young French children also.
But we’re almost through them now.  One more day.  So button up.  And perhaps light a candle to those Ice Saints.