A while ago I was guiding someone across the French countryside when she accused me of flirting.  Well, it wasn’t exactly an accusation; more of an observation. 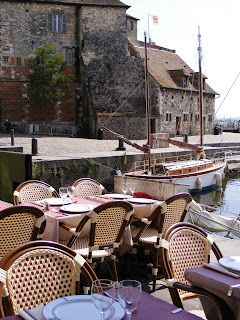 We were sitting at a sunny table on the harbor in Honfleur, a picture postcard fishing town in Normandy on the Atlantic.  The waiter, admittedly a good-looking man, was looking a bit tired after two hours on the job, and all I was doing was what the French call “huiler les rouages” (lubricating the gears).  In other words, making things go smoothly.  The sun was hot.  It was late to be seated.  We were hungry and wanted a real lunch, not just a sandwich in a cafe.  That waiter had every right to tell us the kitchen was closing.  He held our fate in his hands.  In such a social situation in France, that requires a smile or two, assorted with some gentle humor. 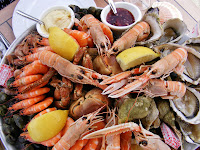 The meal was delicious.


It’s a game, really.  Like chess.  (And don’t get me started on the chess game between Steve McQueen and Faye Dunaway in “The Thomas Crown Affair”.  That was another thing altogether.)  You do this.  I do that.  And we both enjoy ourselves.
Come to think of it, my tourist had already accused me of flirting the previous night in Mont St. Michel.  And the day before that in the Loire Valley.  She was obviously missing the point.

What is flirting?  Maybe it’s a concept young people won’t understand anymore because it’s not Politically Correct in an age of sexual harassment litigation.  But I come from the era of Doris Day movies when it was okay to flirt, and even socially admired, provided you did it well.   And with class.
Maybe a better question is, “What isn't flirting?”  Flirting is not innuendo.  Innuendo means, “Well, I wouldn’t say no.”  Flirting is innocent.  At least on the Continent.  And that’s a relief.  You can be a woman; he can be a man.  (But it’s better if the woman starts, or as the French say, “announces the color”, a reference to bidding in bridge.)  Flirting should be harmless.  It should be light.  It should be appropriate.  And the situation should be one where you will probably never see each other again.  In fact, some of the most delicious moments are when you know you’ll never see each other again. 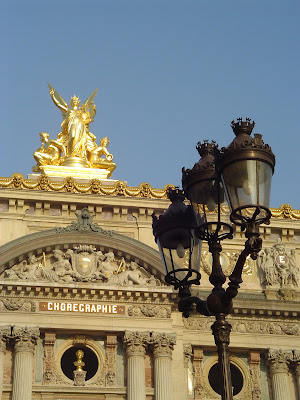 Example:  When we got back to Paris, we were driving along near the Opéra when I saw a man crossing the busy street.  He saw my car and stopped in mid-lane.  I saw him, slowed and motioned him across.  He shook his head, bowed slightly and waved me through.  I smiled to thank him and as I passed he flashed me one of the warmest, broadest smiles I’ve ever seen.
Looking over at my passenger, I discovered she was smiling back at him every bit as broadly.  She was flirting, too.
That simple exchange of smiles warmed us for the entire day.  And that’s what flirting, French-style, is about.


Disclaimer:  This was originally written in 1999.  Things are changing.  Sexual harassment is starting to become a cause célèbre in France as well.  So maybe flirting is a dying art.  And maybe that's a good thing.  But personally, I have enjoyed every moment of it, every single stolen smile.