A Page out of History - Double Queens, Part I: Eleanor of Aquitaine

At one point in their history, many countries, and most of Europe, were ruled by a king.  With, as an accessory, a queen.
But on at least three occasions, France has had what I like to call Double Queens.  One woman was Queen of France twice.  The other two, after reigning over France, became the queen of another country.
I may have overlooked someone - and if so, I apologize - but let’s concentrate of these three venerable ladies: Eleanor of Aquitaine, Anne of Brittany and Mary Stuart.
And let’s take them in chronological order.

Before becoming a queen, Eleanor was Duchess of Aquitaine, which covered one-third of today’s France, from the Pyrenees to the Loire River and from the Atlantic to the Rhone.  It was a rich region, so Eleanor was one of the wealthiest and most powerful women of the Middle Ages.  In addition, her father’s court was a beacon for the arts, so she was highly educated, unlike most women of her time.  And she was beautiful.  An attractive marriage prospect on many levels.
Her father died when she was 15, making Eleanor the most eligible heiress around.  Within the year, she was married to Louis VII, who soon became king of France.  Not one to sit around, Eleanor followed her husband to the Holy Land on the Second Crusade.  Which didn’t go well, either for the Crusade or for their couple.  In addition, Eleanor had borne Louis only two girls, and girls could not inherit the French crown, so when a divorce was suggested, it was agreed to.  And Eleanor even got her dowry (Aquitaine) back as part of the deal, making her both eligible again and still attractive.
Some say the reason Eleanor agreed to the divorce was to marry someone she was already having an affair with:  Count Henry of Anjou, who two years later became Henry II, King of England.  Eleanor’s ex, Louis, lived to regret his decision even though his third wife finally bore him a male heir. Not only did he lose the vast, rich lands of Aquitaine to France’s “hereditary enemy” England, but Eleanor bore Henry three daughters... and five sons, making any chance of France inheriting the English crown just a fading dream.
Still all was not well in England.*  After twenty years of married life, Eleanor, along with two of her sons, plotted against her husband.  The plot failed and Henry had her imprisoned until his death 16 years later, when son Richard let her out.  Ever the political person, and despite her advanced age for the time (she was in her 60s), Eleanor acted as regent while her son King Richard was away on the Third Crusade, and also helped negotiate his release when he was taken prisoner in Germany on his way home.  Her role in English politics ended when John took the throne in 1199.  She returned to Aquitaine where she spent her final years as a nun, but still involved in the affairs of her homeland. 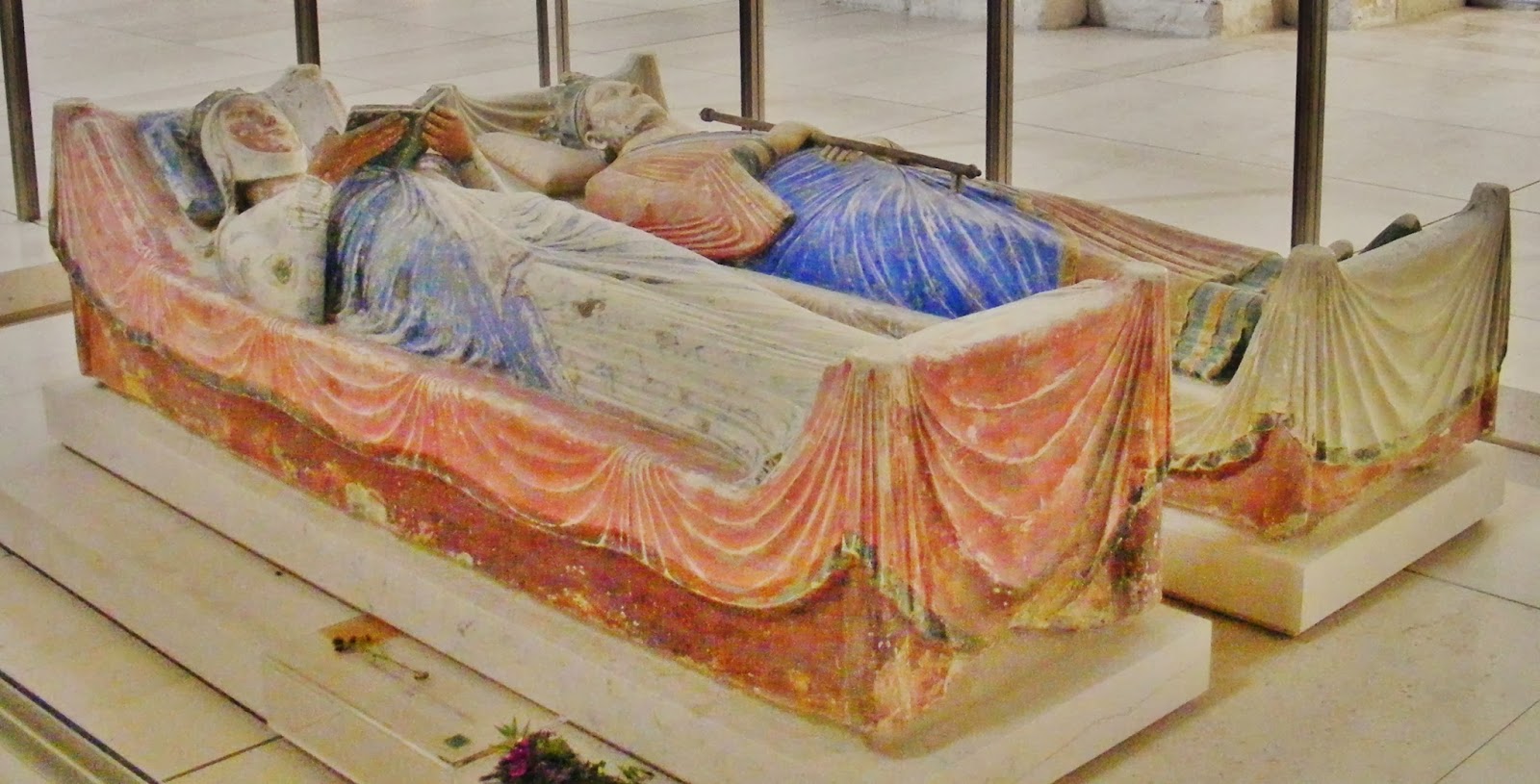 Queen of England or not, Eleanor is buried in Fontevraud Abbey near Chinon, France, next to husband Henry and son Richard, who may have been Kings of England but were still just Plantagenêts from the Loire Valley at heart.


* For more understanding of the raucous love/hate relationship between Eleanor and Henry, watch the brilliant 1968 movie “The Lion in Winter”, with Katharine Hepburn and Peter O’Toole as queen and king, and a young Anthony Hopkins as the future Richard Lion-Heart.  Part of it was shot at their castle, Chinon in the Loire Valley, and it will give you a good idea of what life was like in the twelfth century.  I particularly love Katharine/Eleanor’s rapid-fire comment to son Prince John, who complains about Richard pulling a knife on him: “Of course he has a knife.  He always has a knife.  We all have knives.  It’s 1183 and we’re barbarians.” 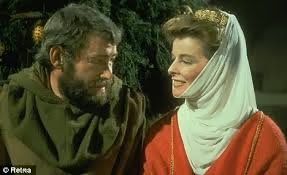