Out & About - Events - The Bar at Buena Vista 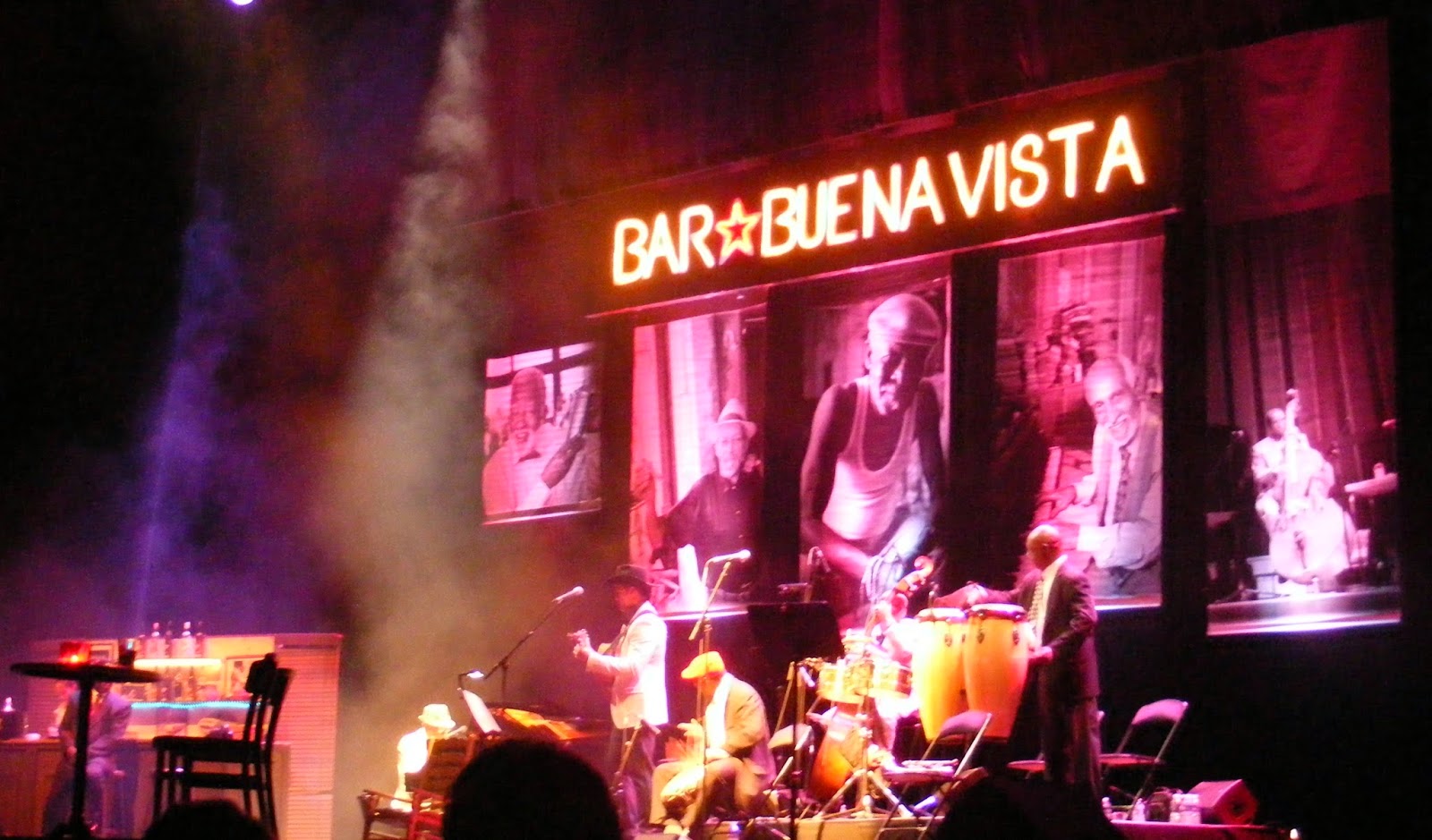 It’s October 1962.  John Fitzgerald Kennedy is President and I’m a junior in high school.  The Cuban missile crisis is rampant and we are all glued to our TV sets until the moment when the Russian cruiser with the nuclear missiles destined for Cuba does a U-turn and heads home.  The Brink of Destruction has been avoided.
Now it’s December 2014.  Barack Hussein Obama is President and I’m an aging expatriate in Paris, where I’ve, by now, spent half my life.  And the Palais des Congrès is featuring The Bar at Buena Vista, starring some of the survivors of Cuban music shipwrecked by Castro’s Revolution in 1959.
These are not the musicians from the Buena Vista Social Club album and film, but Toby Gough, the Scotsman who leads this troupe and acts as narrator, has banded together 17 of their talented compatriots to carry proudly the flag of Cuban music.  As Toby explains, it’s all built around the Cuban barman from the actual BVSC who introduced him to these legends.
First out is The Black Prince, Capullo, aged 77.  Then, resplendent in red, comes Luis Chacon Mendive, aka Aspirina because his voice cures all ills, even at age 88.  After that a piano medley by maestro Guillermo Rubalcaba Gonzales, 84.  He starts with Guantanamera, followed by La Vie en Rose - it’s a French crowd after all - then on to El Cumanchero with a burning bongo solo, and finishing with Hernando’s Hideaway.  A little something for everyone.
There’s also the dancer Eric Turro Martinez, called the Cyclone because of his ability to spin like a top all around the stage and around his partners, and who somehow manages to dance with three women at once.   Ignacio Mazacote Carrillo continues to sing with a strong voice at 82, his hips still swaying in spite of a cane that he tosses away in his last number.  Oldest at 92, but still with an unwavering voice, is Reynaldo Creagh.  And last, but not least, honneur aux dames:  Cuban diva Siomara Avilla Valdes, whose age is somewhere in the 70s.  In the middle of her song she dances with a young man from the front row who holds his own and they end up with some Dirty Dancing, Cuba-style. 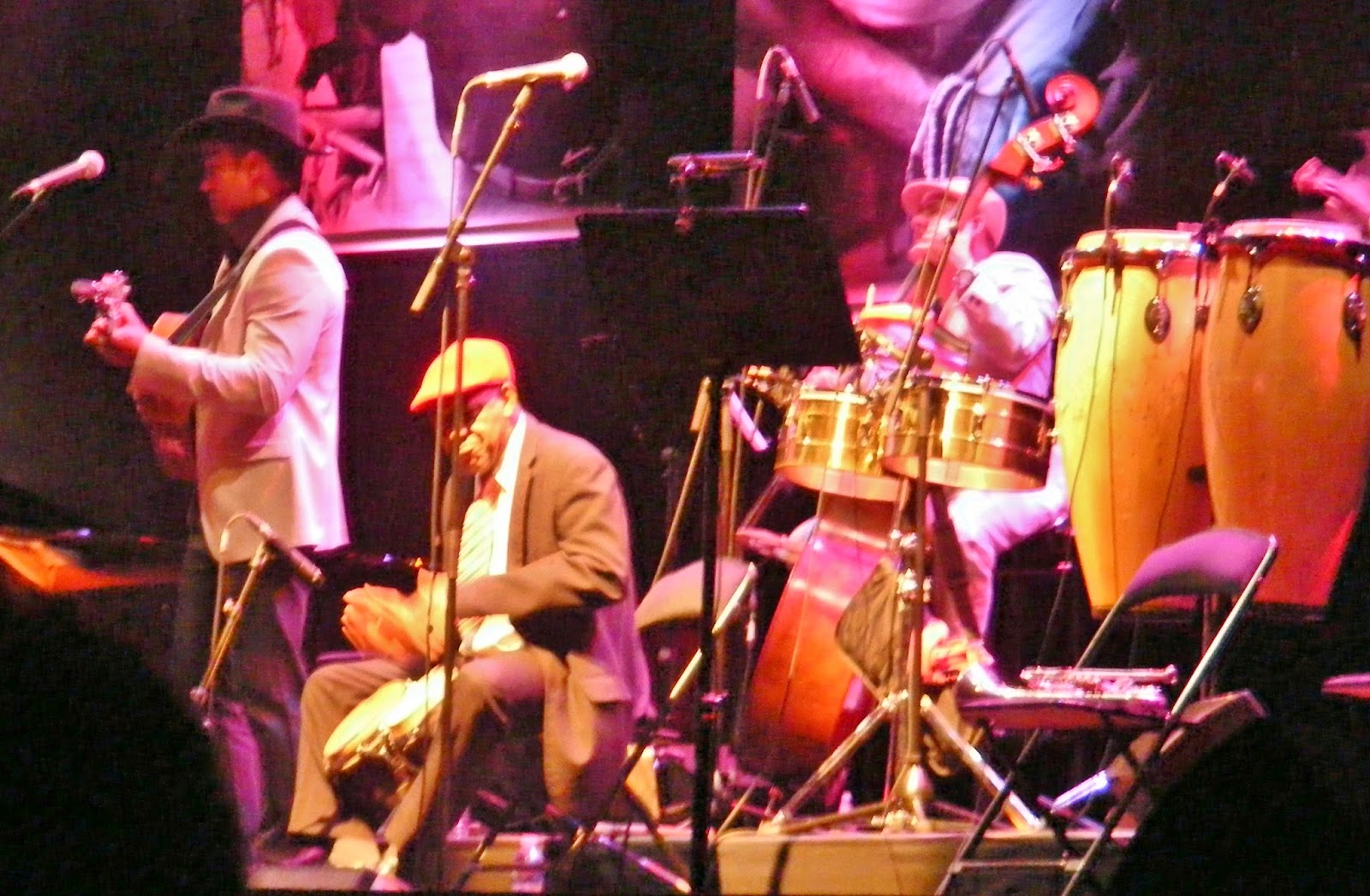 Following on rumba, mambo, cha-cha and son comes a tribute to Afro-jazz - and especially to Chano and Dizzy - as the amazing Elpidio Chapotin Delgado on trumpet breaks into a hot Cuban version of My Funny Valentine that would make Gillespie himself nod and smile.
After an hour and a half followed by almost another full hour after the intermission, the audience is on their feet and dancing, me included. Ending with the classic Chan-Chan as an encore - and before their second show in only a few hours -  these octagenarians and nonagerians could teach the youngsters a thing or two.   It’s sad that they had to spend decades shining shoes, washing dishes, rolling cigars or working at the dry cleaners.  But it’s wonderful that their voices are still strong and they’re spending the last years of their lives traveling first class and bowing to a standing ovation.

If you want more information on the show, or to see a video-amalgam of the acts, click on http://www.baratbuenavista.com/homepage.html 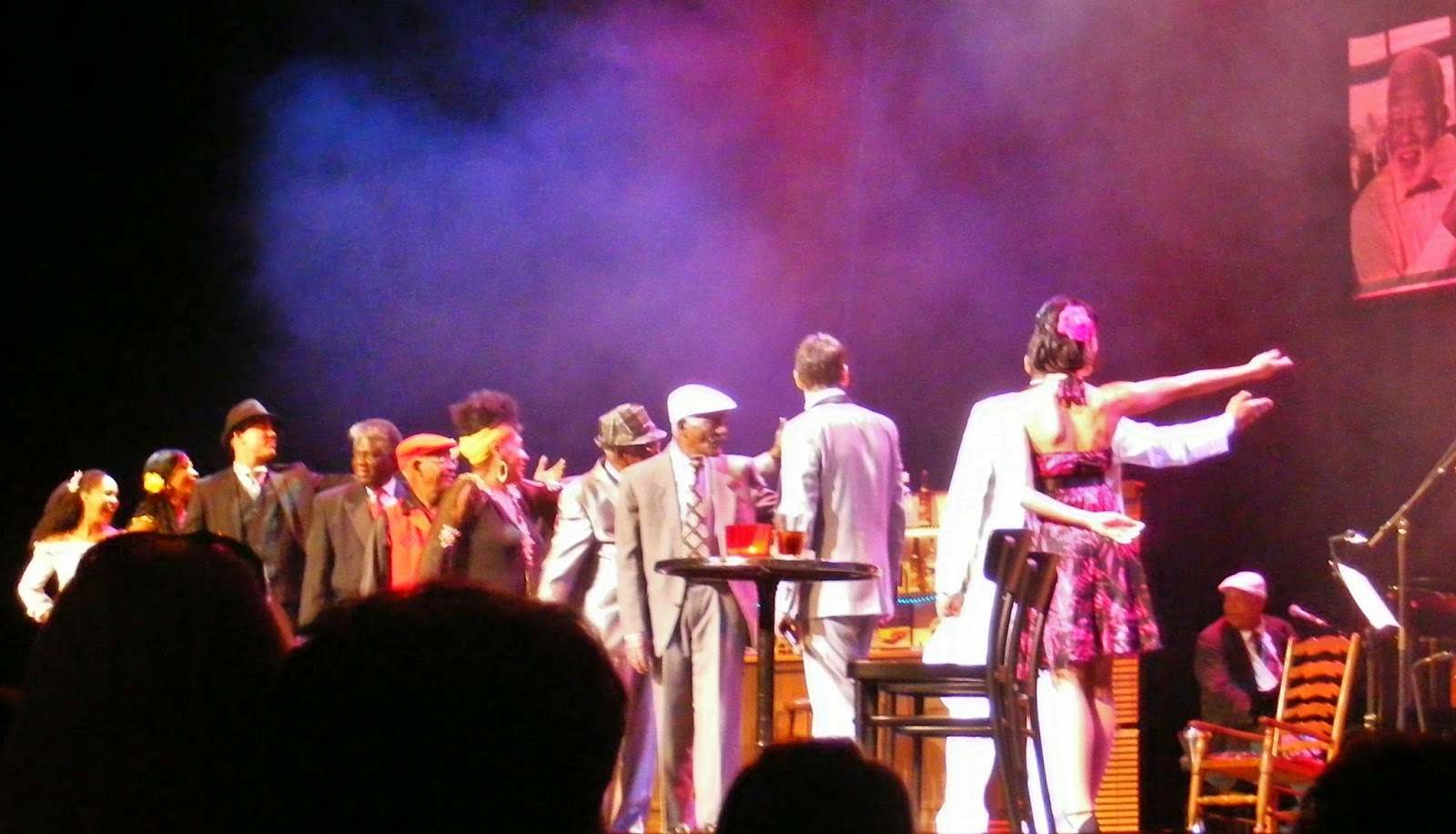