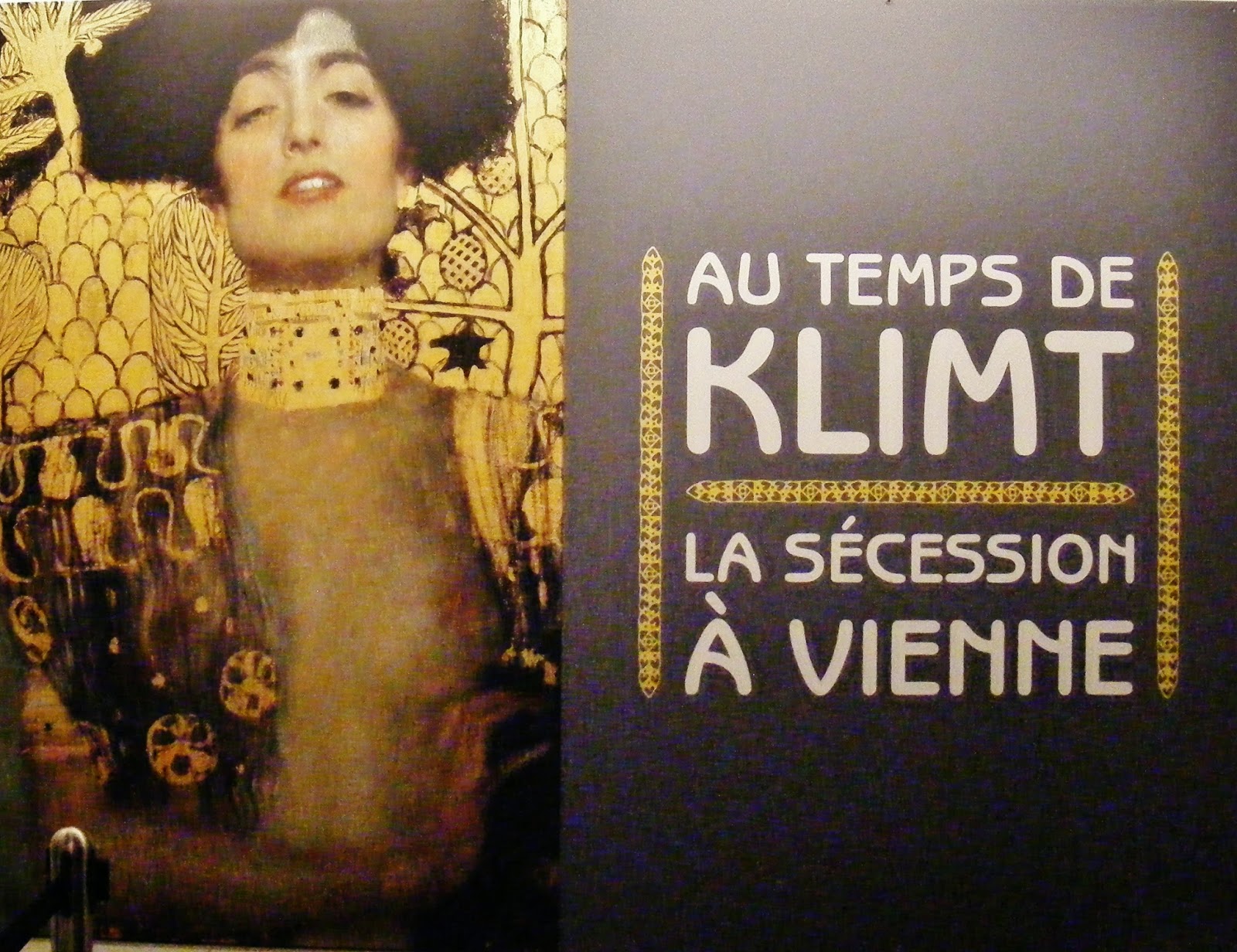 There is no excuse for being bored in Paris.  None.  Zero.
So it's off  to an exhibition on Klimt and his fellow artists of Austria’s Secession Movement, which is to say their equivalent of Art Nouveau.  It blossomed from around the turn of the century to the beginning of World War I, whose grim realities put an end to the gilt and carefree-ness of the Art Nouveau period.
The show displays 15 of Klimt’s major works, including Judith, Salome and especially his Beethoven friezes.  These are artworks that won’t be seen outside Austria for the coming decade, so it was a perfect opportunity for me, especially as I live only five Métro stations away. 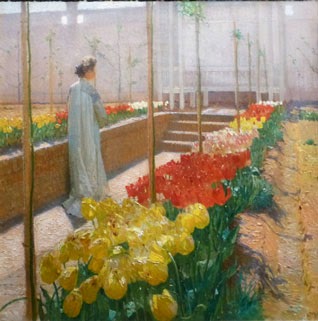 In addition to Klimt, there are works by most of the other artists you may have heard of - Mucha, Egon Schiele, Moll, Kokoschka... - and many you probably haven’t.  180 documents, photos and artworks in all.
The first room is dedicated to works on Paris, including Klimt’s “Philosophy”, which won the gold medal at the World Exhibition in Paris.  Then a few steps down brings visitors face to face with Klimt’s three huge Beethoven friezes. In the background, an audio system plays The Ode To Joy because the friezes were meant to personify the composer’s 9th Symphony.  The first frieze is women floating at the top of the room, their bodies elongated, their eyes closed.  Are they sleeping?  Are they wingless angels?  And who is the golden knight they are flying toward.  The middle frieze is the strangest to me.  Beautiful women, except for an old tart with a paunching stomach and sagging breasts - perhaps the future for all those beautiful women? - and in the foreground a hairy babboon.  Evidently these are the dark forces:  the Gorgons with their snake hair-do, and next to them Typhoeus, the deadliest monster of Greek mythology.   The last frieze is salvation through the Arts, and it’s mostly gold and gems.  The audio-guide comes in handy here; otherwise you’ll miss all the meaning.
About halfway through the show are the other famous gilded works by Klimt:  Judith and Salome.  His two femmes fatales.  Judith leaning her head back lasciviously, eyes almost closed, her neck made longer by a bejeweled golden necklace, her vest open to reveal one alabaster breast. Salome with her lover’s head almost absent-mindedly dangling by its hair from her clutching fingers.  (In fact, Salome is a second Judith here, a case of mistaken identity.) 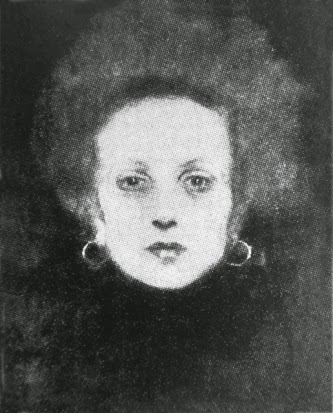 There are other portraits by Klimt at the end of the show. Especially one in a black frame that is entrancing:  “Head of a young woman, full face”, her riveting eyes holding you spellbound.  At least they did me.  (I remember it as being in color, but could only find this image of it in black-and-white.  Wonder which it really was.)
The show also features many lithographs by Kokoschka and drawings by Egon Schiele, as well as very early photographs by various artists.  One theme is trees in landscapes, with works by Moser - including his exceedingly minimalist “Mountainsides” - and Rudolf Jettmar’s strange “Mountain Lake” that is hard to decipher and far more modern than most of the other works in the exhibition.
For those of you who like pottery, there are several groupings of ceramics by Powolny.  For statuary, there’s Beethoven - to go with the friezes - plus a few other historic figures.  Art Nouveau furniture is also on display here... and if you like it, I suggest you visit the Orsay Museum’s furniture section, often overlooked. 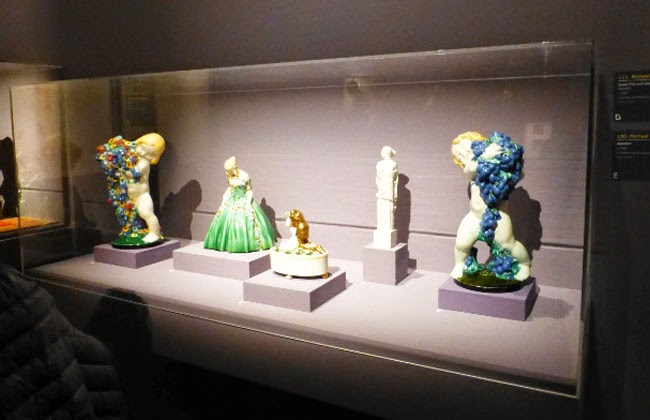 The only setback to this show - and indeed to the entire “museum” - would be if you’re claustrophobic.  The Pinacothèque is a dark and crowded space.  A non-museum created by a man in love with art, it stretches twistingly over the ground floor (and basement level, not used here) of an office building in the very center of Paris.  Its layout is a bit strange, a succession of interconnecting niches, some of which require a switch-back, retracing your steps against the onslaught, much like a salmon trying to swim upstream.
So far this has been a very popular show, so come armed with patience, both in the line outside of the Pinacothèque and as you snake your way through the exhibition.


A video of the show.  The text is in French, but the images aren't
http://www.pinacotheque.com/no_cache/en/home/exhibitions/current-exhibitions/in-the-time-of-klimt-the-vienna-secession.html

And another video to explain the Beethoven Friezes:  https://www.khanacademy.org/humanities/becoming-modern/symbolism/v/gustav-klimt-beethoven-frieze-vienna-secession-1902