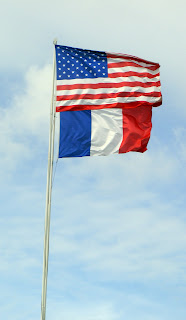 I guess I’ll never be French. Not really.

Not because I don’t speak the language like a native. I have no accent, and sometimes people are caught out criticizing the U.S. within earshot of me, if not directly to my face. I can tell jokes in French, even dirty ones, if need be, and I know the off-color drinking songs... learned them the first year I was here, at a certain fondue restaurant in Montmartre that still exists, but in a much tamer version now. I even dream in French part of the time.
Not because I don’t know the country’s geography. It’s fairly hard to stump me because I’ve had so many friends from so many different corners of France and have traveled the country so extensively. Plus I love poring over maps.
Not because I don’t understand how things work here. I’ve had to navigate the education system in order to get my two college degrees from the Université de Paris... even taught there for a year. I’ve had to navigate the immigration system to get my carte de séjour, the French equivalent of America’s "green card"... which unfortunately has to be renewed - first every year, then every five years, now only every ten years. I’ve had to navigate the employment system, first to win the right to work here without a carte de travail - a work permit - and then to enroll in the retirement, healthcare and family aid agencies... all compulsory. So I’m very familiar - even overly so - with Gallic red tape. I can even handle the French tax system, with its income tax and its professional tax and its VAT. 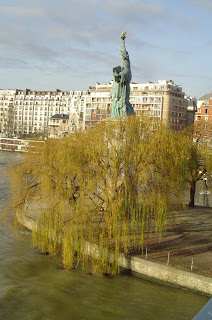 I’ve been the Vice-President of the PTA at my children’s bilingual school. And for the French girl who stayed with me for a year, I’ve been a Parent Representative at the negotiations that go on three times a year for every student in public high schools, to determine whether they pass or fail, and for disciplinary matters.

I learned the cuts of meat in French before I knew them in English, because French butchers don’t cut up four-legged critters the same way American butchers do. (There’s no T-bone steak here, for example... or at least there wasn’t until recently.)
I even know how to read Old and Middle French, thanks to Professor Mermier at the University of Michigan, may he rest in peace. And that’s more than most Frenchmen can say.
But I won’t ever become really French because:
a)  I can’t stand the smell of lavender - never could - and
b)  I don’t like Georges Brassens songs, which seems to be a prerequisite.

(I also don’t smoke. Or drink coffee, but those aren’t really deal-breakers. And I don’t own a beret, but I could buy one.)
And yet regardless of all the above, lavender and Brassens are a must.
So I guess I’ll have to be content with just being An American in Paris. 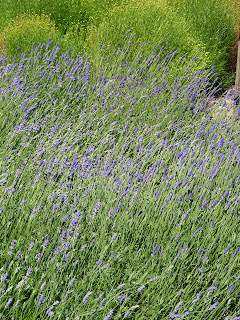 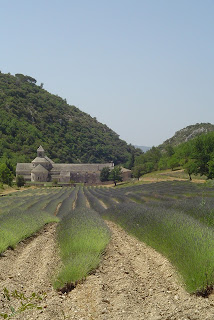