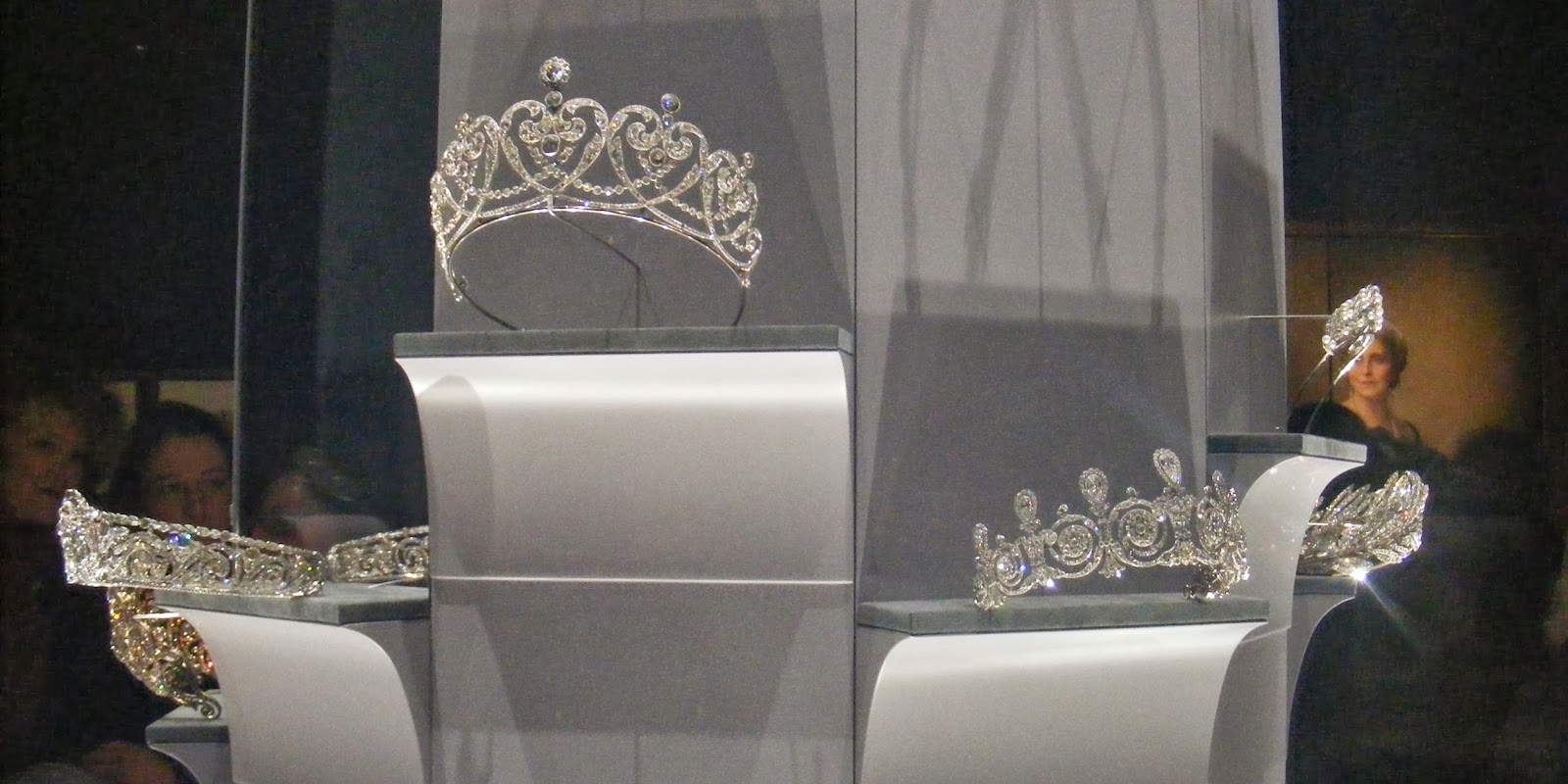 For all you ladies out there - and you gentlemen who enjoy a handicraft well executed - here’s a brief trip through the history of the famed jeweler, Cartier. 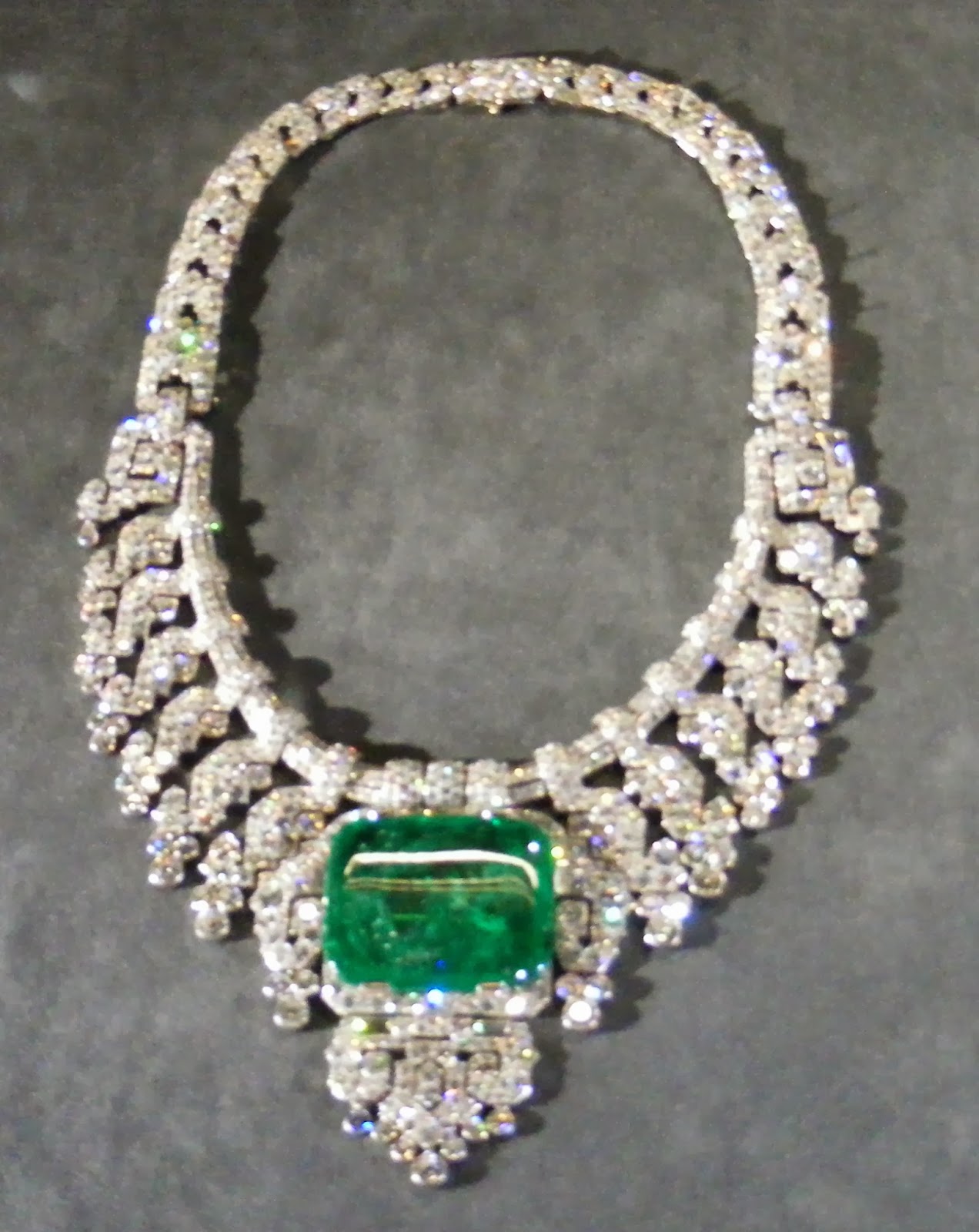 When I got to Paris this time, I had to renew my press card.  And that office is near the Grand Palais, which seems to always have at least one show at any given moment that’s fascinating. Here I had a choice between the photos of Raymond Depardon and the jewels of Cartier. Like Robert Frost in his “Road Not Taken”, I didn’t have enough time to “travel both” so I chose Cartier and kept Depardon “for another day”... which ended up never coming, as Frost already knew, because “way leads on to way” and it closed before I got back to it.

Built for the Universal Exposition of 1900, the Grand Palais owes its longevity to its vastness, which makes it perfect for art exhibits.  There are often as many as three running at one time.
“Cartier - Style and History” is small by Grand Palais standards.  It takes up just part of one level: the Salon d’Honneur.  But what it lacks in size it makes up for in sparkle.
As jewels are small, compared to canvases, over 600 pieces are on display.  That’s just a smattering of all the creations that built Cartier’s reputation as “jeweler to kings”.  And queens.  And the wealthy.
Its various shops around the world have filled the hunger for glitter of generations.  In addition to New York, Cartier set up a shop in Russia, but unfortunately only a short time before the Revolution sent its clients fleeing for their lives... many of them to Paris - where they were conveniently closer to the store on rue de la Paix - but perhaps without the funds to buy as much as before.  Luckily India’s rajahs - or rather ranees - were also excellent customers.
Stretching back to its birth in Paris in 1847, Cartier has worked its magic not only in jewelry but also in the decorative arts.  All facets of its craftsmanship are on display here, and all the styles they have followed (or defined!) over the generations, from the founder Louis-François to son Alfred and on to grandsons Pierre, Louis and Jacques.  Cartier’s jewelry has evolved in tune with fashion, from the curves of the Belle Epoque to the straight lines of the Roaring Twenties to the animal fantasies that followed. 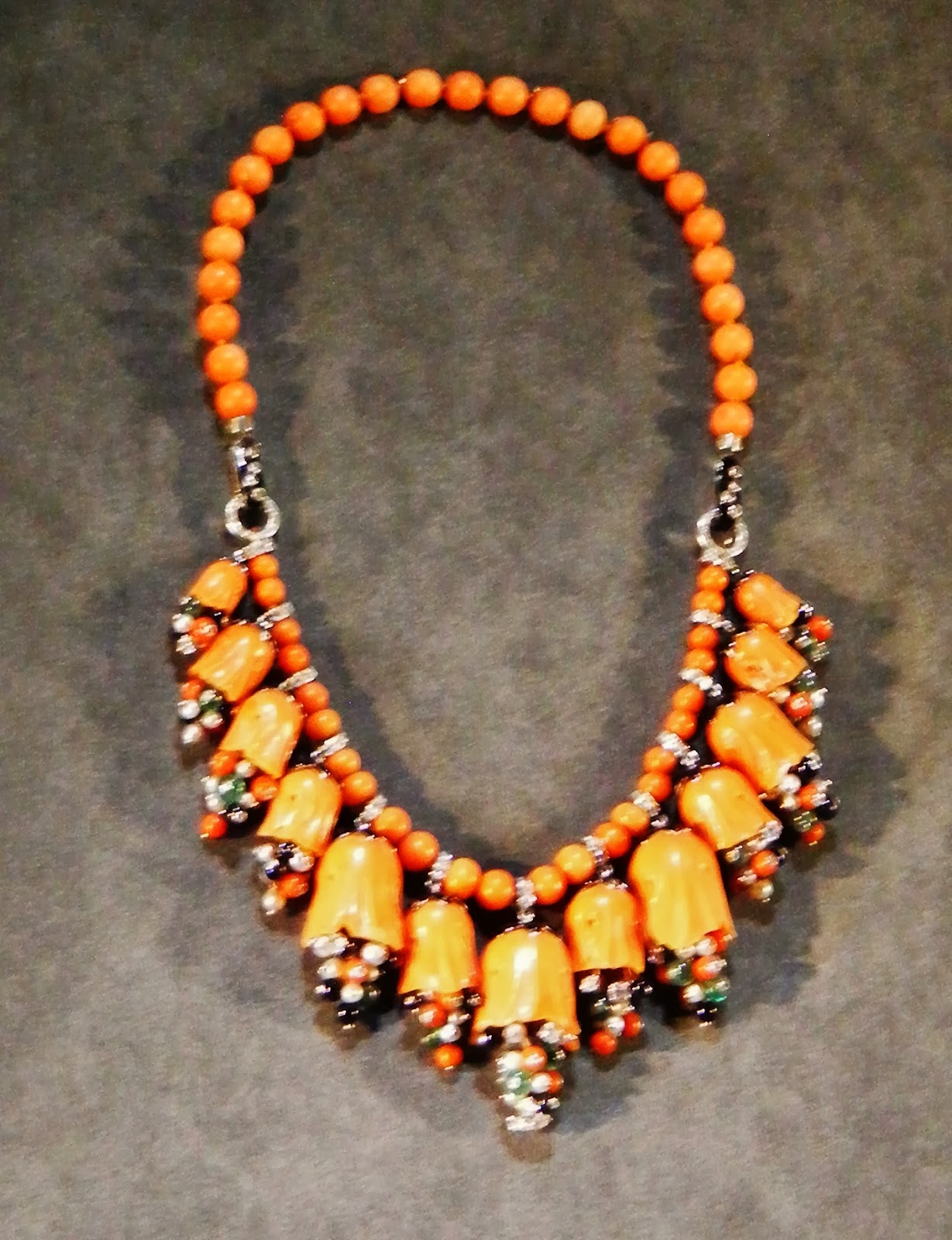 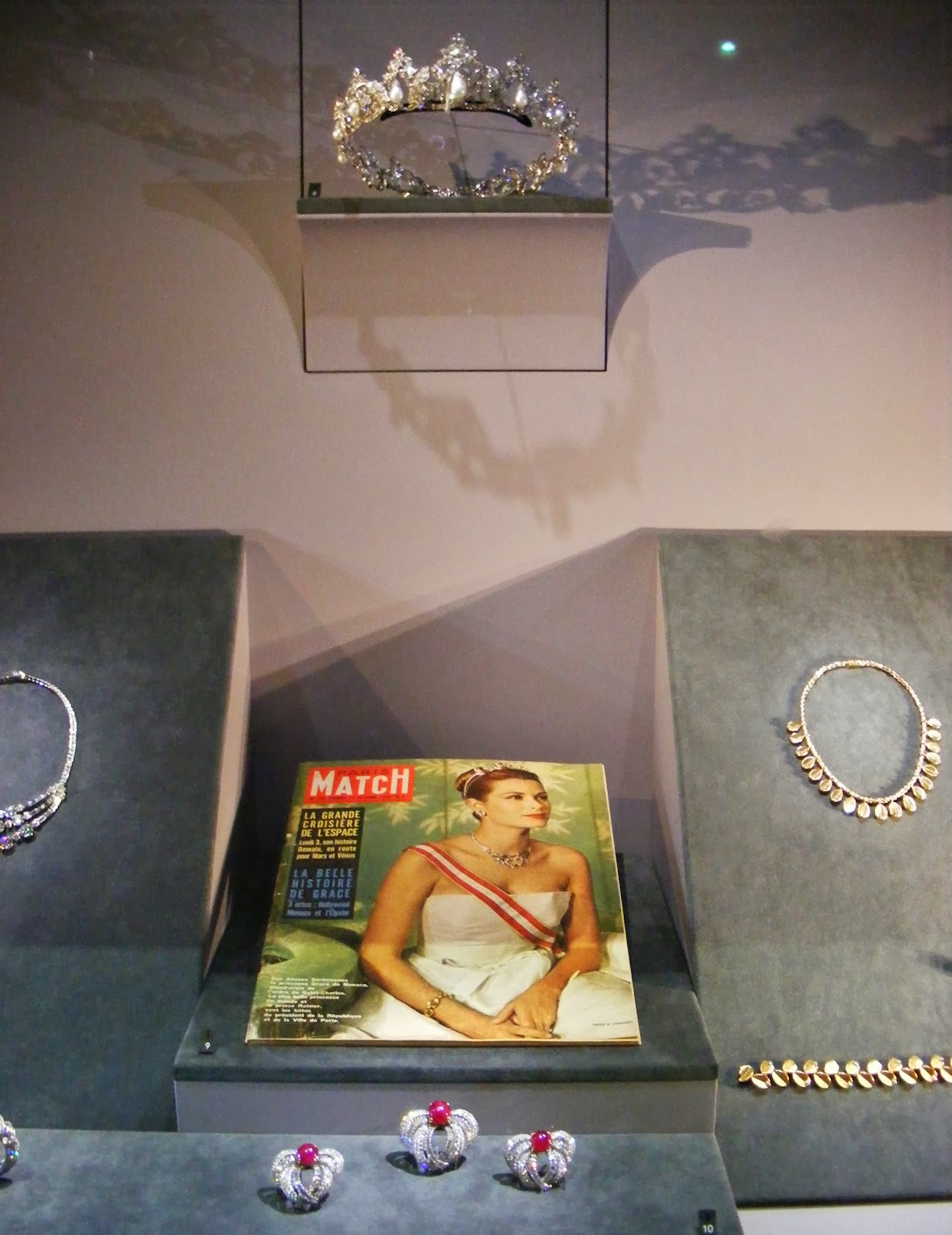 The beloved Princess Grace of Monaco has an entire showcase, complete with her official portrait wearing the jewels you can see to the left and right.  Prior to Grace came the infamous American divorcee Wallis Simpson, by whom scandal arrived in the United Kingdom when she told King Edward VIII to choose between her and the throne.  He abdicated.  And she got a showcase full of Cartier “trinkets”, including the jeweler’s trademark panther.
Among the lesser-knowns included in this show is Daisy Fellowes, who inherited Grandpa Singer’s sewing machine fortune and seems to have spent a good deal of it chez Cartier.
For the history buffs among you, written documents and photographs from the archives give a more complete, in-depth view of the history of the famous jeweler.
Although the Cartier dynasty’s control ended in 1972, the generations of jewelers who worked their magic are on view in Paris, where it all started.


There’s a half-hour video about the show.  It’s in French but there are subtitles in English.  And visuals.  Lots and lots of visuals.
http://www.grandpalaisexhibition.cartier.com/en 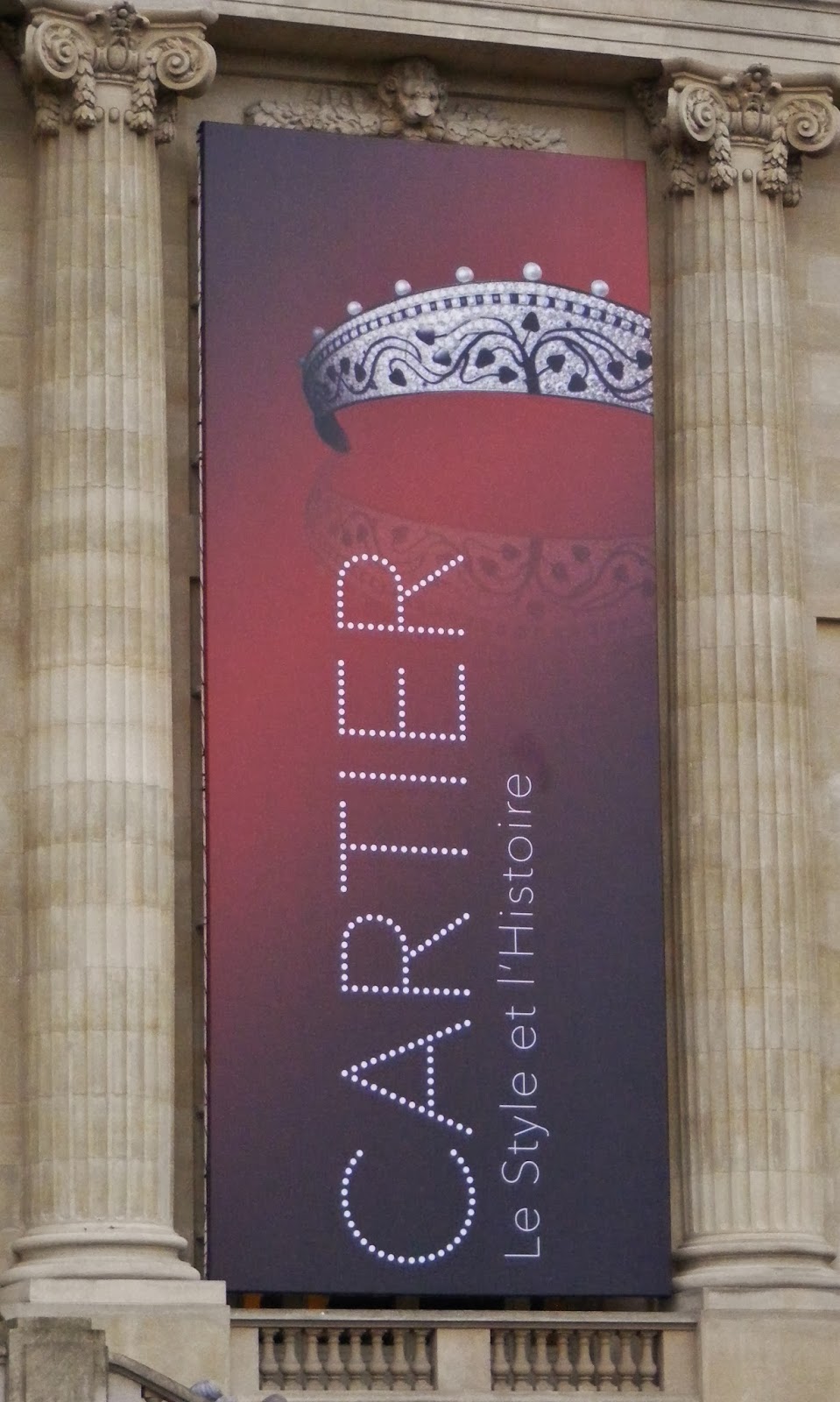 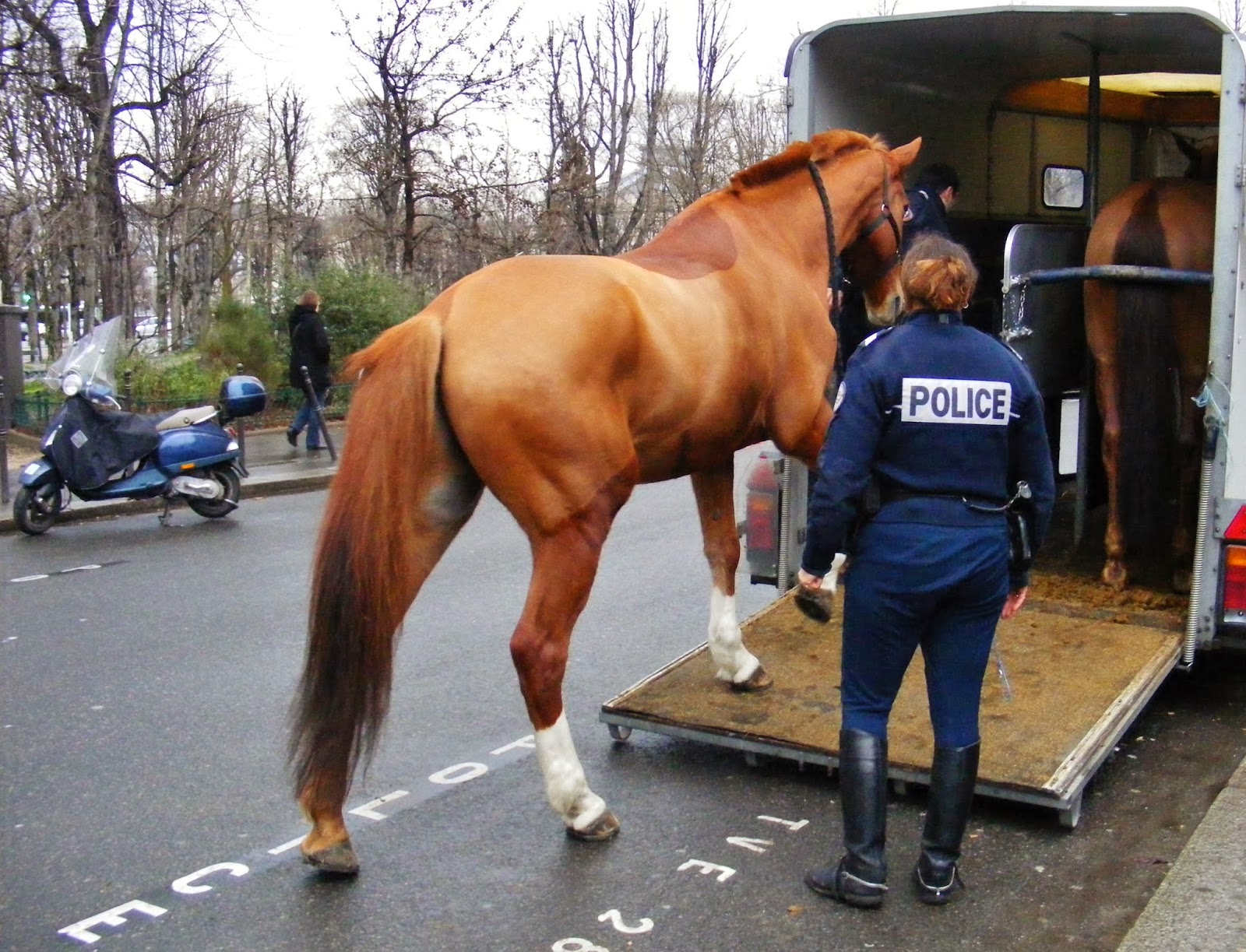 As an extra prize, when I came out of the exhibit, the mounted police were packing up for the day.  Two sleek chestnut horses had been divested of their saddles and were waiting patiently for their carriage back to the stables (which are near the Bastille).  Their patience is notorious because along the Champs-Elysées drivers are also notorious for their speed and their... impatience.