Recipe of the Month: Fondue Savoyarde 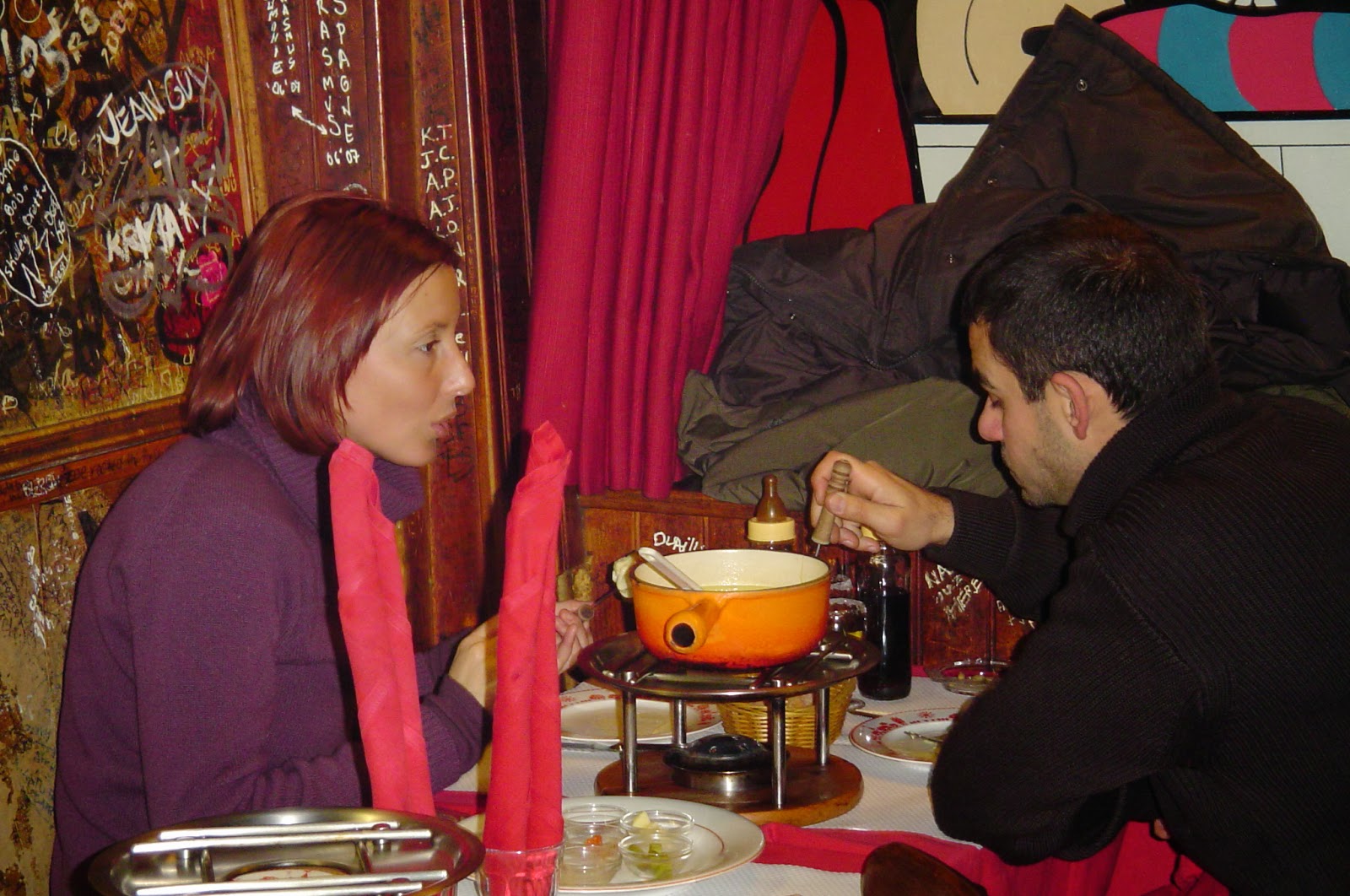 (Funny, I ran this recipe on my website in March of 2007 and wrote back then about “finger-numbing” weather.  That was pre- this 2014 Winter of the Polar Vortex, which has broken records for cold and snow.  So in my rewrite I've left that part in, seeing as it was still/again appropriate.)

March is usually a time of melting.  Melting snow, mainly in Michigan and the rest of the northern United States, where I spend the non-France part of my life.
Although it's not so melty this year.  And after the snow starting at the crack of December, followed by a finger-numbing January and February, a lot of melt will be required!  Still, it seems logical that March should be the month of fondue.
The word “fondue” comes from the French “fondre”, which means to melt.  And there will be a lot of melting before you can dig in.  Or rather dip in.
In France, there is fondue bourguignonne (with meat) or fondue savoyarde (with cheese).  Savoie was an independent region annexed by France in 1860, which is very recent on the European history scale.  It’s in the Alps, near Switzerland.  Thus the cheese.
The Swiss used fondue as a way to make it through the winter on little money, stale bread and hardened cheese.  Now it’s become a pretext for a fun party, because anyone who loses his or her crust of bread in the cheese will have to a) buy the next bottle of wine, b) kiss his/her partner, or c) perform a “trick” such as singing a song or telling a joke.  Plus just generally get teased a whole lot.

Fondue involves few ingredients, so the choice of the wine and the cheese is of vital importance.  The wine must be a light and dry white, such as a Neuchâtel, Rhine, Riesling or Chablis.  The cheese is traditionally Emmentaler and/or Gruyère.  Fondue made with only Emmentaler is mildest, both together is a bit stronger, and well-aged Gruyère alone has the strongest flavor. 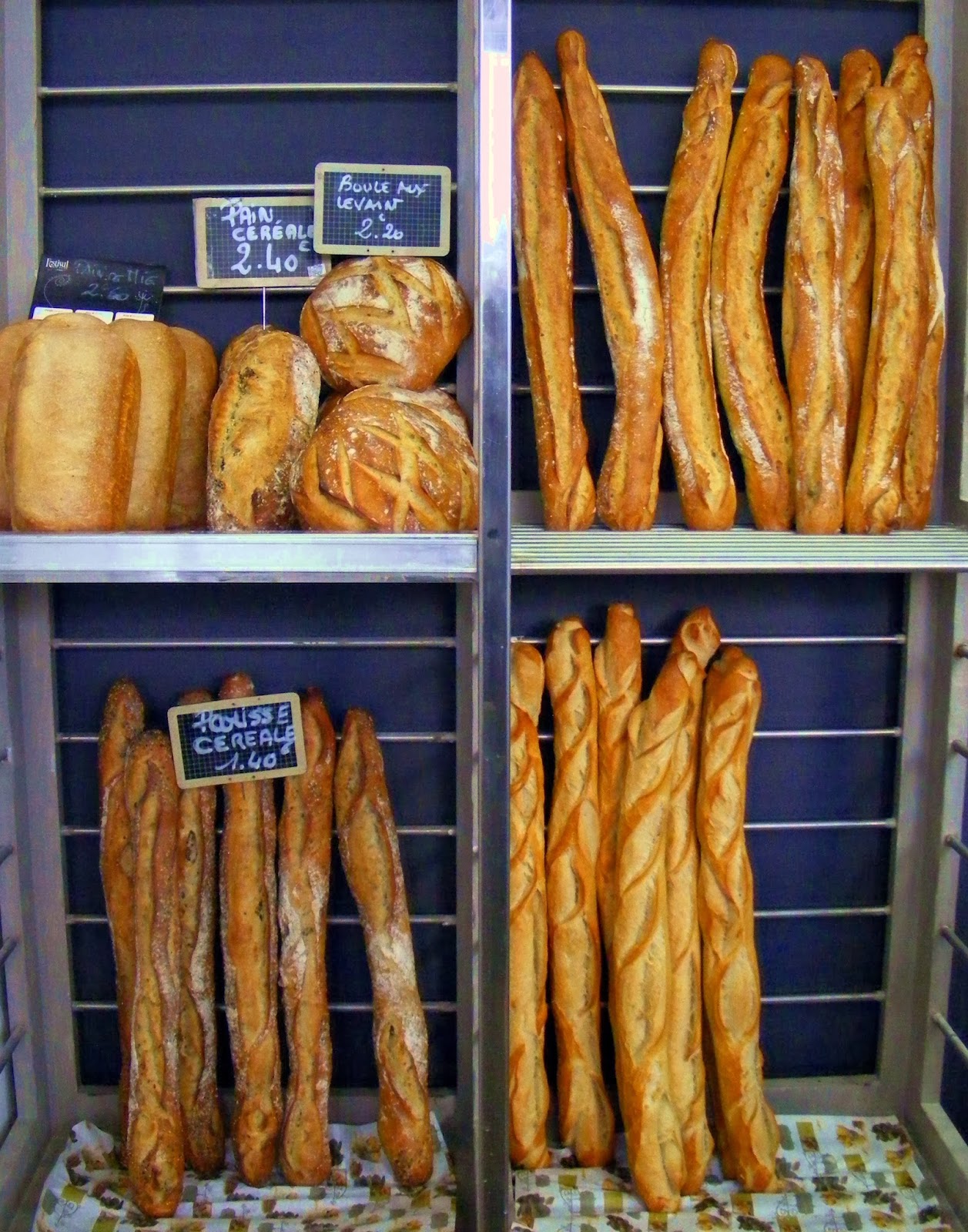 In preparation, cut up some hard-crust French-style bread, leaving at least one side of crust (or better yet two) because if you lose your bread... well, see above.  The drier the bread, the better, so if you have a lot of bread left over from a party, this is an excellent opportunity to use it up. Remember:  the Swiss dunked their bread because they weren’t wasteful.  How do you think the country got so rich?
Kirsch (cherry brandy) is the traditional Swiss choice of brandy for a fondue savoyarde.  You can use cognac, light white rum or even hard cider.  Or maybe a Poire William pear brandy from Alsace, another French region.  But kirsch is the real deal, and marries best with the cheeses.
Utensil:  For cheese fondue, you use an earthenware pot, called a caquelon (pronounced “kah - keh - lo”). Metal fondue pots are for the hot oil of meat fondue.
Unlike fondue bourguignonne, where you just put in your fork and leave it until the meat is done to your liking, with cheese fondue you have to go one at a time, so arm yourself with patience.  More time for conversation.  Besides, if several people have a go at the same time, someone could knock someone else’s bread off, and that’s sabotage (again, see above).  So one at a time, please, and making a figure-8 motion so that you get the most cheese possible and stir the molten cheese at the same time.  (Remember, the Swiss are famous for precision:  watches and such.)
At the end you’ll have a rich brown crust on the bottom of the caquelon.  This is considered “the best part” and it can either be divided up or awarded to the one who didn’t lose their bread. 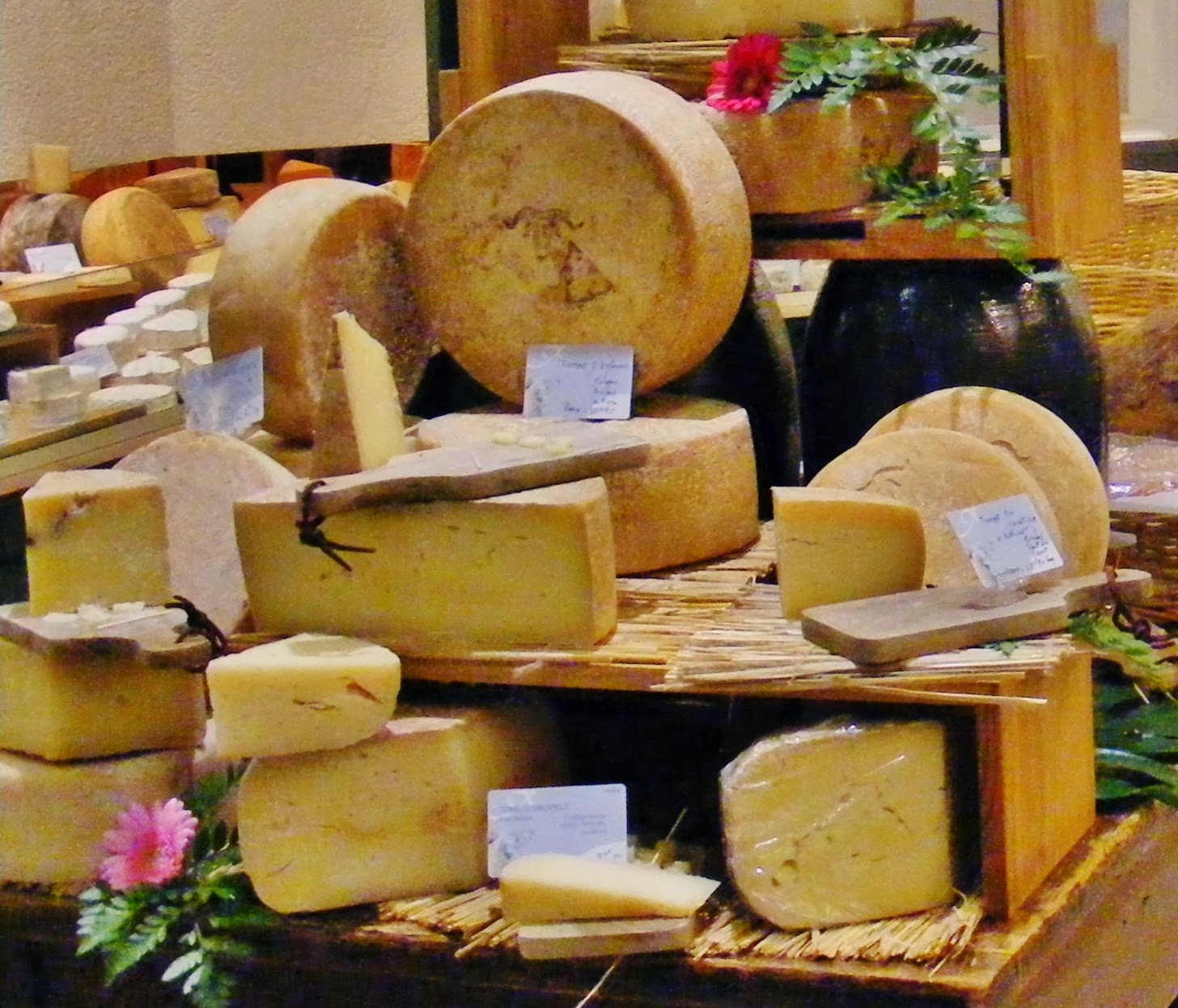 - Cut the cheese into very small pieces.  It will melt more smoothly than if you grate it, and be more flavorful.
- Warm the white wine over direct low heat until air bubbles start to rise to the surface.  NEVER BOIL THE WINE!
- Right away start adding the cheese, a handful at a time, and stir with a wooden spoon.  And stir.  And stir.  Until the cheese is melted.  Then add another handful.  And stir.
- When all the cheese is melted, add the cornstarch diluted in the brandy.  Add salt and pepper to taste, and a dash of nutmeg (freshly grated, if possible).

- Cut a large clove of garlic in half and thoroughly rub the inside of a round earthenware pot (caquelon) for an added layer of flavor.  Pour the cheese fondue into the caquelon and light it up.  Use a sterno or other type of fuel heat; candles won’t keep the cheese warm enough.

- Should the cheese get too thick, stir in a little wine.  If it separates or gets lumpy, put it back on the burner, stir in ½ t of cornstarch diluted in a bit of warm wine and blend it in with a wire whisk.

- Now grab a fondue fork, spear yourself a crust of bread and start figure-eighting in the cheese.  Remember: the cheese will be very hot, so just blow on it a bit before you pop it into your mouth.  Plus that gives the others a chance to dip.