At one point in their history, many countries, and most of Europe, were ruled by a king.  With, as an accessory, a queen.
But on at least three occasions, France has had what I like to call Double Queens.  One woman was Queen of France twice.  The other two, after reigning over France, became the queen of another country.
I may have overlooked someone - and if so, I apologize - but let’s concentrate of these three venerable ladies: Eleanor of Aquitaine, Anne of Brittany and Mary Stuart.
And let’s take them in chronological order. 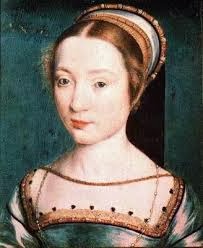 Like Eleanor of Aquitaine before her, Anne had the good fortune to be born in a place - the Duchy of Brittany - where Salic law didn’t apply and women could reign, provided there were no men left in the bloodline.  And that was the case when Anne’s father died.  She was only 11.  Like Eleanor, she was given a good education, as it was obvious she was going to inherit the duchy some day.  And also like Eleanor, that made her the wealthiest woman of her time in Europe.
Her wealth attracted the attention of suitors of the political persuasion.  Anne’s father had not wanted Brittany to be swallowed up by France so he officially betrothed her to Edward, Prince of Wales.  She could have become Queen of England as well but unfortunately, poor Edward was “disappeared” before he could be crowned.  So was his brother - the two young Princes in the Tower taken under their uncle’s “protection” (read “imprisoned”), an uncle who then succeeded them as the ruthless King Richard III of England.
Another of Anne’s suitors was Maximilian of Austria, the Holy Roman Emperor.  He got farther than poor Edward, marrying her by proxy.  But the French king, Charles VIII, refused to have Maximilian hem France in on both the east and west borders.  Charles “the Affable” he was called, but not when it came to his enemies.  He forced Anne to repudiate the marriage... and marry him instead.  The marriage contract they signed was a strange document.  It said that whichever of the two spouses outlived the other would retain possession of Brittany, which seems fair because she was only 13 and he was only 21.  But just in case, and to be sure France retained Brittany within the kingdom, the contract also stipulated that if Charles died without a male heir, poor Anne would have to marry his successor.
Seven years passed and all four children born to the royal couple died in infancy.  Then one day at Amboise Castle, Charles was hurrying to see a tennis game and stupidly hit his head hard on the stone lintel of a doorway.  He watched the game... and then fell into a coma and died within hours.  Anne was only 21.
As per the marriage contract, Anne got to keep Brittany, but she was also supposed to marry Charles’s cousin and successor, Louis XII, and hand it over to him.  There was only one small problem:  Louis was already married... and to the sister of her late husband.  In an attempt to retain Brittany, she agreed to honor her obligation, provided Louis could have his marriage annulled within the year.  Annulments were not easy or fast to get, and Anne confidently returned to her beloved Brittany to rule it as Duchess.  But Fate intervened, the Pope dissolved the marriage under political pressure, Anne married Louis and Brittany was never again free of French rule.
Unlike Eleanor who complained she had “too many sons”, Anne had none that survived, either with Charles or with Louis, who perhaps would have achieved better results if he’d remained married to his original wife.  Anne died at the tender age of 37, the last independent Breton ruler of Brittany, having dedicated her short life to protecting the autonomy of her beloved duchy within the kingdom of France, an amazing balancing act in an era where women had no power of their own.