The French have a saying:  Les voyages forment la jeunesse.  It means that traveling broadens the mind.  The saying limits it to youth.  But I wouldn’t be so categorical.
During my last stay in France, I took several trips.  Several voyages.
On the first one, I took a train from Paris to Saint Malo, to visit old friends.  As I never travel without something to read, I was fishing out my book-of-the-moment when the gentleman in the seat next to me spotted the title and said “Good choice”.
As he hadn’t spoken to me before that, beyond a nod of the head upon sitting down, I was a bit surprised.  It turns out he was a professor and liked the author, Daniel Pennac.  “He’s quite poetic in a very modern way,” he critiqued.
That led into a lively and fascinating conversation about literature, politics, economics, travel... which eventually disturbed the grumpy lady sitting in front of us who must have thought train cars should be like holy chapels:  silent as a tomb.  She rose up from her seat, turned toward us and commanded us in a chilled voice to stop bothering everyone, although she was the only one who seemed even to have noticed our conversation.  We looked at each other, amazed.  Then we both shrugged in unison and I plunged back into my book, he into his newspaper.
We whispered softly on and off after that but it wasn’t the same.  When the train reached Rennes we both got off.  He knew I was going on to St. Malo and wished me a good crossing and a lovely week-end.  “I hope we meet again,” he said and walked off toward the exit as I crossed the platform to my other train.
He was a lovely man and I should have gotten his address.

The next nice person I met worked on the ferry I took over to England. Well, on one of the ferries, the second one, from the island of Jersey to Weymouth via Guernsey.  My assigned seat was near his travel assistance post and I asked him a few questions.  After Guernsey things got quiet and his answers got longer until he was asking me questions.  He was very helpful and quite friendly and I learned a lot about ferry services.
For instance, that the ferry used to go directly from Weymouth to St. Malo, but as the crew turns right around and heads back, that made for 18-hour days.  So now they just do part of the route and their days only total 10 hours.  Or that the ferry boats used to break down more often because they were always running and it wore out the engines.  Or that the hydrofoils were taken out of service because they were fast, yes, but they could only handle foot passengers and not cars.  Plus much, much more.
When 48 hours later I boarded the return ferry, my assigned seat was again in the same general area:  near the restaurant and the information center.  And when the staff showed up, the head steward was that same jovial man.  So we had another fact-filled crossing to Jersey, which made the 3+ hour trip go much faster.
He wished me well as I walked off toward the gangplank, then waved as I headed for Ferry 4 of the week-end.  He’d told me he liked his job.  And it showed.

But trains and ferries are all relatively short ordeals compared to transatlantic flights.
As I sat in the “holding area” for my flight back to the States, the quiet lady next to me asked me something and we started a conversation that lasted for the entire hour of the plane’s delay.  She was a schoolteacher from Tunisia and she was traveling to Texas to visit her daughter doing a PhD there.  She hadn’t seen her for two years and was looking forward to it.  Her flight to Paris had left at dawn so she’d been up since 4 am and still had a full day’s travel ahead of her.  She was worried our delay would cause her to miss her connection in Detroit, but when I looked at her reservation it wasn’t leaving until 8 pm local time.  I assured her that a three-hour layover in Detroit was more than enough time.
She told me it was her birthday and I wished her many happy returns, adding that it was a strange way to spend a birthday.  We passed the time talking about our children and jobs, places we’d visited and others we’d like to see.
A bit later she mentioned how the Tunisian revolution has changed her country.  And changed teaching.  When I asked her how, she said that, like most of the population, her high school students seemed to feel that their new-found democracy meant doing only what they wanted.  She lamented that it was difficult, if not impossible, to teach them and even harder to discipline them. Many students talked back and did their homework only if they wanted.  If they got bad grades, their parents appeared, demanding the grades be changed.  On the other hand, if she asked the parents to come in, most of the time they refused but complained to the principal about the inconvenience, whether they came or not.  “Parents come in two sorts,” she explained.  “Either they were important in the old regime and now are surly because they no longer have privileges.  Or they are now important and throw it in your face.”  And yet she seemed very calm about it all, though with a layer of sadness.  Her husband is also a professor and they’re both eagerly awaiting their retirement in a few years.  Too many years.  I told her American teachers sometimes had the exact same problems.
She was a pretty lady, with her black hair, sad eyes and warm smile.  But she suffered from Parkinson’s, albeit mild, and so she was traveling with assistance in the form of a wheelchair to the plane.  I asked if I might board with her to carry her purse and small bag so that she would have both hands free to negotiate the aisle to her seat.  As I walked further back to mine, I told a flight attendant that the lady in 18-J was having a birthday and she said she’d find something special for her.  Later on in the flight, I went forward to see how she was doing.  She told me how nice Air France was because somehow they’d noticed it was her birthday and had presented her with a trousse de toilette, one of those toiletries kits they give out in first class.  She was so pleased I didn’t have the heart to tell her I had tipped them off.
When we arrived in Detroit, I waved good-bye to her as I passed and wished her well for the rest of her flight.  I’m sure her daughter was happy to see her when she finally arrived in Texas.

The last person who made my travels pleasant was my seatmate on that flight.  The next best thing to having an empty seat next to you on a transatlantic flight is having a pleasant person inflicted upon you. My seatmate was a very tall but trim Dutchman who proved to have just the right blend of chattiness and privacy.  What’s more, he got up from his aisle seat often enough so I didn’t have to climb over him.
He was an engineer on cruise liners and met his American girlfriend on one of those ships.  Now she’d packed it in, but he hadn’t.  He was coming over to meet her family and as they were going through Ann Arbor, her alma mater, he offered me a ride home.  After a day touring the campus, they were going up to Traverse City, where her family lived.  I suggested she take him to Sleeping Bear Dunes.  “She has it all mapped out,” he said, not without a bit of fatigue to add to the trepidation of meeting her family.
What time we didn’t spend watching movies, we spent discussing different parts of the world.  I told him about holding the steamship France up for 20 minutes off the Statue of Liberty.  He told me about some of his cruises - the fjords, the Caribbean, the Mediterranean.  The conversation flowed easily and I hope he has now been vetted and accepted by The Family.  I’d be curious to know where the two of them end up. 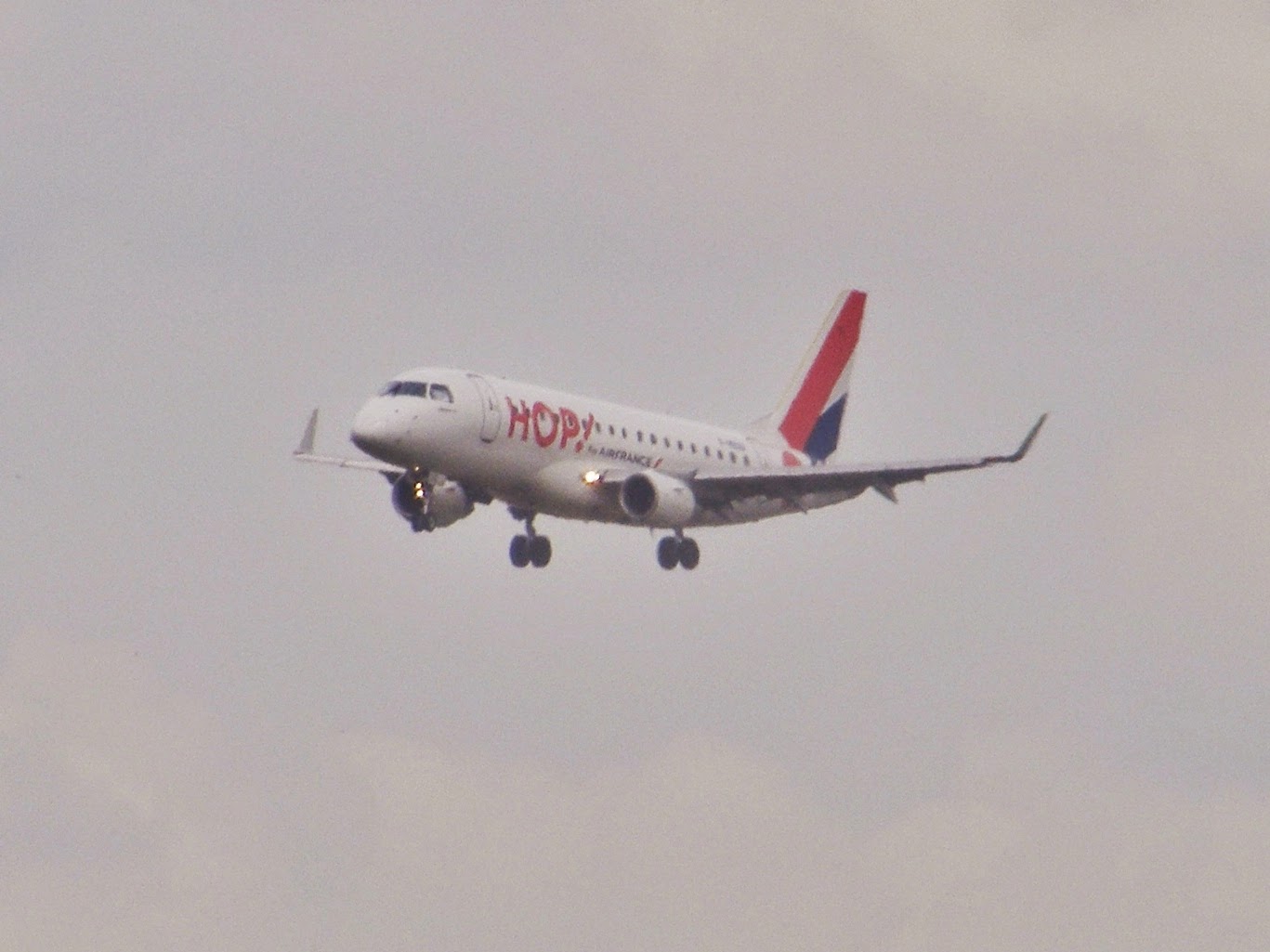 All of those trips were made far more bearable by the company I unexpectedly kept.  So you see, les voyages forment la jeunesse, even when you’re no longer young in years but only in mentality. France, Tunisia, Holland... we’re all just people looking to get from Point A to Point B as pleasantly and painlessly as possible.


N.B.  All the photos are mine, even the aerial ones.  So if you see a nut with a window seat and a camera, say hello.  That will be me.