There Goes the Neighborhood 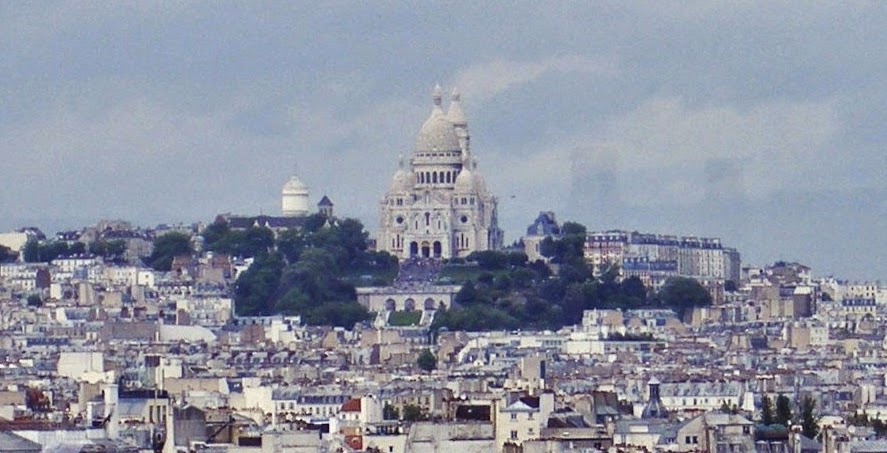 A neighborhood is a living thing.  Not a shape-shifter, but more like a stage backdrop or a movie set that morphs with the seasons and the years until it’s not what it was but not yet what it will become.  Somehow it’s still the same... and yet...
I’ve lived in Montmartre long enough to see it shed several of its skins. When I moved here in 1970, it was a mixed bag of blue collar workers who raised three kids in one- or occasionally two-bedroom apartments, and of artisans - plumbers, electricians, carpenters - and shopkeepers - the butcher, the baker, the grocer, the fish monger - plus just the right scattering of artists, actors and entertainers to keep things interesting. Everyone talked to everyone else as they went about their daily lives, which were somewhat overlapping and intertwined.
After about fifteen years, there was a gradual spillover from the neighboring Arab part of the arrondissement that lies to the east, North Africans who were being squeezed out, it seemed, by sub-Saharan Africans moving in.  There was less talking and fraternizing then.  In the park across the street, I observed clans of Arab mothers in djellabas talking and laughing together loudly while similar clans of French mothers whispered amongst themselves from the other side of the sandbox.  Meanwhile, their children gleefully played together, not yet aware that kind of thing just wasn’t done. 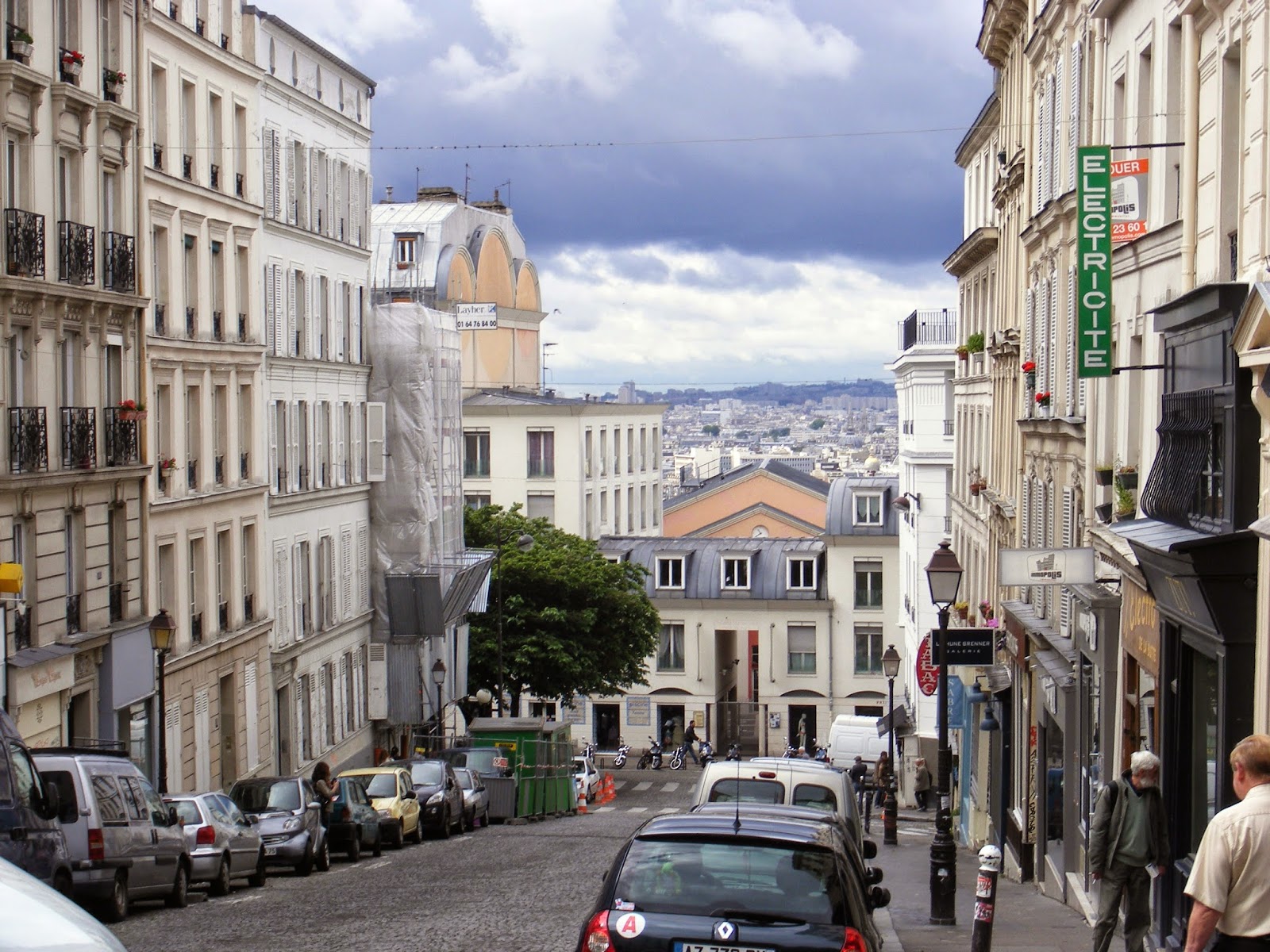 And then the Beautiful People discovered Montmartre.  It was shortly after the turn of the century, post-Y2K. They had bought up and gentrified the Marais and then the Bastille areas and were hungry for a new make-over project to spend Daddy’s money on. And my Butte, my lovely hill, was looking good.  They snapped up apartment after apartment - preferably in the western sector farther from the unsuitable smell of couscous and sound of Oum Kalthoum wafting from open windows.  They combined two apartments - vertically or horizontally, it didn’t matter - to have more space.  The result was that the population was cut drastically with the declining number of apartments and the declining number of children per family.  And I noticed a huge difference on week-ends.  Instead of children running around the streets and parks, the Beautiful People - the Bobos (bourgeois bohemians) - threw the kid(s) in the family car and drove to their country house for the week-end. Everything became remarkably different.

Stores changed, too.  If I walk down a street I can tell you what used to be in that clothes store or restaurant or bank or real estate agency - because that’s about all there is now, if you exclude a few specialty shops and a handful of hold-overs. 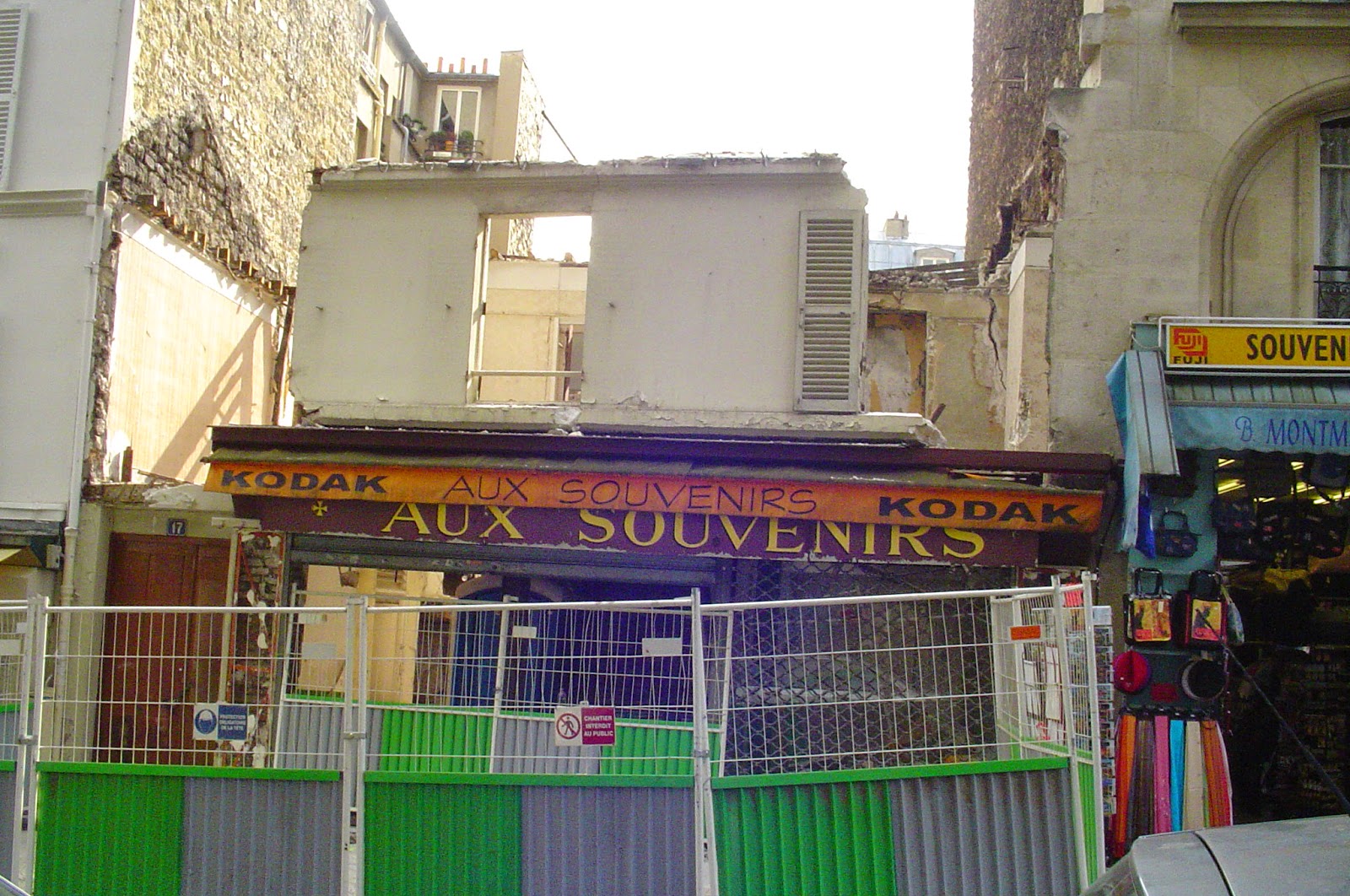 P.S.  One change that I do appreciate is Pedestrian Sunday.  All the streets of Montmartre (from the various boulevards that encircle it right up to the tippy-top) are closed to car traffic (except the trusty little Monmartrobus) every Sunday from 11 am to 6 pm in the winter and 7 pm in the summer.  If you live in that perimeter and want to drive or take a cab, you have to prove it to the cop by showing a special pass or something official with your address on it.  Otherwise, it’s only people strolling, biking, skating or skate-boarding.  Smiling and laughing.  And the air is so much cleaner!