Gripe of the Day: Moustique Mystique 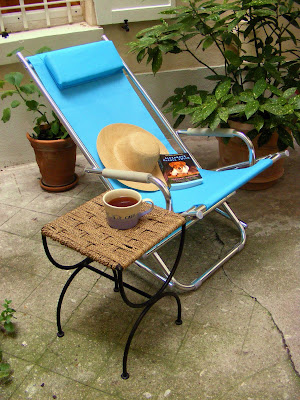 I love the United States. Really, I do. But I also like to go outdoors. And that’s where Paris wins hands down.
Let me explain.
Mosquitoes seem to find me much to their liking. In all senses of the word. And there were zillions of them in residence around my residence in Ann Arbor this year. I could barely get out the door before they’d swarm, as if they were just hovering out there, waiting for me. And when I got in my car, they’d  bash their little blood-sucking proboscis against the windows, somehow hoping to get just a taste before I drove off. To the point that it became quite the standing joke among my friends and family.
After all, I do puff up prodigiously.
So with this summer being amazingly wet in Michigan, the mosquitoes are having a field day. Or a yard day. Or even an in-house day, if you aren’t careful.
Usually it’s a problem early in the morning and then at dusk. That I can handle. It leaves me a good number of hours of normal living I can use to weed the flower beds, tend to the vegetable garden, go for walks, or just sit and read a book in the hammock. (Provided I don’t mind always reeking of citronella - or Bounce - or Skin So Soft, of course.) But not this year! Oh no! Not by a long shot!
This year it’s been so rainy that another breed of mosquito appeared. I call it the zebra mosquito, but it’s really called the gallinipper. Yes, that’s its name. No pun intended. Although it does nip, and quite painfully so, it would appear. If you want to be niggling about it, the scientific name is Psorophora ciliata. And yes, it will leave you very psoro and phora long time. (Sorry, too good to pass up.)
They’re bigger than normal mosquitoes (½" long body) and they have light stripes on their spindly legs, which is why I call them zebra mosquitoes. (Well, actually what I call them can’t be repeated here.) Unlike regular mosquitoes, they can bite right through cotton canvas clothing, and they do so all throughout the day, not merely from dusk to dawn. Although they’re apparently native to Michigan, they only reappear from time to time. And when they do, they live for a rollicking two to four months. Flying around and biting tirelessly all day and all night. To add insult to minor injury, their eggs can sit around for years, just waiting to hatch. After which it’s the survival of the fittest: you or them.
The good news is that they feed on the larvae of smaller mosquitoes. The bad news is that it’s not a winning trade-off for Michiganders. Out of the frying pan, and into the fire.
American friends visiting me here in Montmartre, or American tourists I show around France, are always surprised that there are no screens on windows or doors. They ask, "Don’t you have mosquitoes here?"
"Not very many," I like to reply. "The French ate them all."
As the French are known for eating snails and frog’s legs - among other strange delicacies - my Americans sometimes hesitate to realize it’s a joke. But the truth is that, outside of the Camargue region at least, there aren’t many mosquitoes... especially in Paris. What’s more, the ones that do exist fly far slower than their American cousins. Which may explain why there are less of them.
Bottom line: I actually can enjoy the outdoors in general, and my little private garden in particular. Which is a blessing.