You know you're in France if... 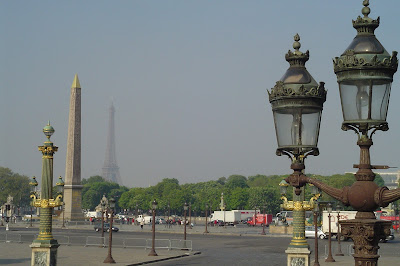 In a wordier version of Jeff Foxworthy’s "You know you’re in....", here’s how I know I’m in France. 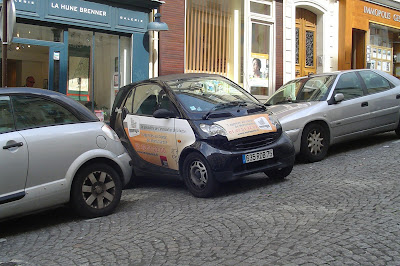 I know because I go to see my old G.P. (general practitioner, or "primary care" doctor in NewSpeak) to get a prescription refilled and he hands me... a bottle of wine. Hands it over like a medical sample. To be fair about the whole thing, it’s wine bottled by his son as part of his apprenticeship as a vintner. Last time I asked, the son was studying anthropology in college, like many intent young Frenchmen oblivious of what use such studies would be in earning a living. But unlike them, he realized he enjoyed old bones and artifacts less than a good glass of wine and switched centers of interest. The wine turns out to be good - light and crystalline - and the cork is real and all of one piece, a rarity nowadays and a mark of seriousness in the wine world. I don’t know what his vin blanc will do for my medical condition, but my taste buds enjoy it. (Also to be fair, the good doctor renewed my prescription.)
I know I’m in France because I stop by my pharmacist to get the prescription filled and she spends almost 15 minutes filling out papers to get the pills reimbursed by my health care provider, smilingly bending the government rules by making out a sheet for each month... ten in a row... when only one month is allowed at a time. I mean, it’s not an opiate or a barbiturate or any habit-forming medication, but rules are rules. Except in France, where rules are made to be gotten around. There’s even a name for it: the Système D. D for débrouille, which we will call "detour", just to retain the D. 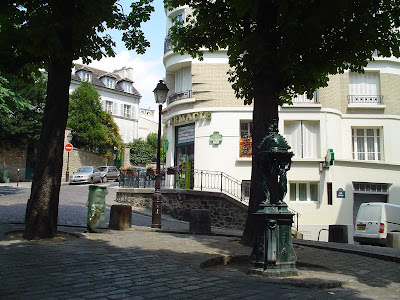 I know I’m in France because I drop by the same lingerie shop where I always buy my "things" and the owner won’t sell me a bra. I want to buy one, but she won’t sell any to me. They’re all the wrong color for my complexion, she says. Or they make me bulge in the wrong places. In other countries you’d hear, "Perfect! It’s you!" just to make the sale, even if it made you look like a sausage tied up in string. Here you hear, "Ah, non, not for you." Where else would your credit card be politely but firmly refused in the name of bedroom aesthetics?
And where else would you drop by the old wine shop to say hello and end up toasting the owner’s newborn grandson with champagne in the kitchen behind the salesroom and discussing current events, the pros and cons of the war in Afghanistan? What salesroom would even have a kitchen?

To an American, France will feel familiar, true.
And yet different.
Well...
Vive la différence!