On the Road: The Lace Museum of Calais 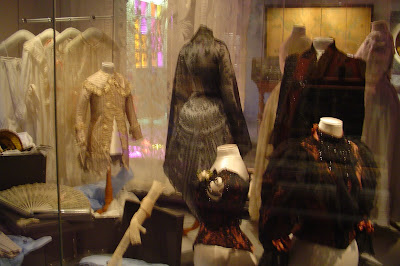 With two hours in Calais between dropping my tourists off at the Dover Ferryport and my train departure back to Paris, I decided to check out the spanking new lace museum, the Cité Internationale de la Dentelle, which moved from the building it shared with the Beaux-Arts Museum in mid-June.

Industry in northern France has been hard hit by the rise of China and its cheaper-than-anyone goods, leaving many factories boarded up. One near City Hall and Rodin’s famous statue, The Bourgeois of Calais, has been revamped to house all the marvels of the world of lace. The permanent collection covers two entire floors and traces the history of lace-making from its beginnings in the 16th century up to the present.
In addition to the ticket desk, the main floor houses the requisite gift shop, as well as a library where researchers or just the curious can consult a multitude of books on lace five days a week, plus two ateliers offering activities for children. And if you get hungry, there is a sunny restaurant where you can have a cup of something or even an entire meal, all at reasonable prices. 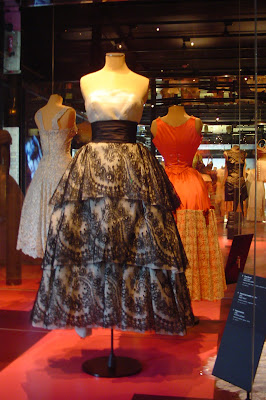 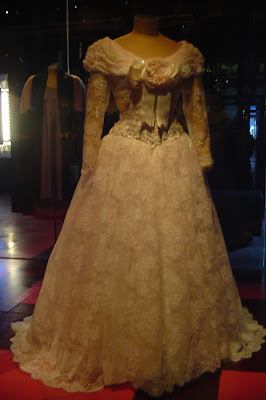 The remaining two floors cover the history of lace, which was a vital part of the economy of the city of Calais itself. There are dozens and dozens of lace objects of all sorts, starting in the 16th century and continuing to the present. And the space offered by this old factory means that visitors can see some of the old machines used to make the lace once it became a mechanized industry during the Industrial Revolution. Some of those machines are still running, and it’s fascinating to watch the punch-cards (like the ones organ-grinders have) as they unfold and pass in the "looms" to dictate the pattern... then try to imagine that noise multiplied by the hundreds of looms within a workshop. 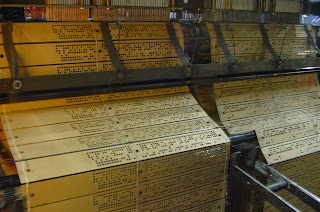 If you’re in the seaport of Calais on your way to or from England and if you’re interested in fashion - or if you enjoy machines - walk the extra two blocks from the famous Rodin statue and take a look at this page out of France’s history. 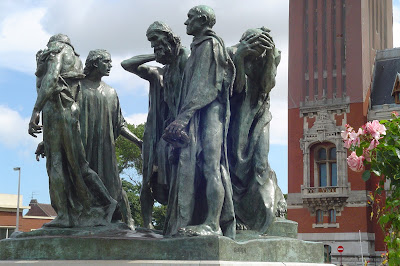 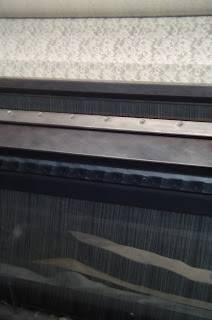