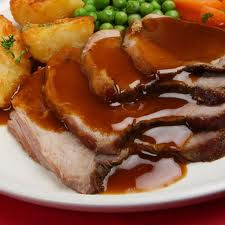 My father was a hunter. Our freezer was well-stocked with rabbit and pheasant. Plus the occasional duck (rare) or deer (not quite as rare). As a matter of fact, when I was a child, for some reason I also ate squirrel. Why he hunted squirrel, I have no idea.﻿﻿

I remember I always hated eating these animals. Not because I didn’t like the taste (and yes, squirrel does have a nutty flavor); it was all really good. Or because of Bambi and Thumper; I didn’t connect them with what I saw in my plate. But I hated the possibility of crunching down on a piece of buckshot... or whatever ammo it was that sometimes slipped past the vigilant eye of my mother, the cook, until it made its stealthy presence felt with tooth-breaking potential. Of course, it did provide excellent training for finding the ceramic fève hidden in those French Epiphany cakes known as galettes.
But I digress.
Years ago, a Belgian friend drove me from Paris to Brussels via the long route, which wound its way through the Ardennes forest. You still had to have passports then to cross borders. At dusk we drove through the darkening forest and suddenly there was a tiny hut in the middle of nowhere, a light shining through its one window. Inside were two or three border patrol agents playing cards. They were not amused at being interrupted, which probably happened once in a blue moon, as tourists don’t take this route and contrabanders give all border posts a wide berth. But they finally found the border stamp for my passport, and we went on our way, into Belgium.
﻿

The Ardennes are a beautiful region, but Americans rarely go there. Not unless they’re interested in the Battle of the Bulge, the coldest, deadliest days of the March to Berlin by the Allied Army during World War II. And where my friend and I were heading for dinner and an overnight stop was in the heart of that region, near Bastogne, in La Roche-en-Ardenne. As this was in late October, hunting season had already provided restaurants in the region with game of both the furry and feathered sort. And so it was there that I first fell in love with sauce grand veneur, or huntsman’s sauce.
In researching my October recipe, I found that this sauce could be used with bison as well, which may be more readily available than venison in some parts of the United States. I also found a recipe that used sauce grand veneur with boar, so you might even be able to use it with a pork roast if you really need something much more familiar. But in any case, it’s a festive dish for a special occasion.
P.S. This is a variation on Chef Raymond Oliver’s recipe. I’ve chosen to leave out the "blood" ingredient, as it probably isn’t available to most.

The 4-lb saddle of venison needs to marinate for 24 hours, so be sure to plan backwards in time.

Marinade:
Mix all the ingredients together and let the 4-lb saddle of venison marinate for 24 hours in the refrigerator.
After you take the venison out of the marinade, keep it to be added to the sauce poivrade, which is the next step.

Sauce poivrade:(makes about 2 ½ c)
Heat the oil and butter together in a saucepan. Add the carrot, onion and parsley. Sauté gently until the vegetables are tender. Add the bay leaf, thyme, tomato paste, garlic clove, pinch of salt, crushed peppercorns and vinegar. Simmer gently until the vinegar has evaporated. Remove the bay leaf and stir in the flour and cornstarch. Mix well with a wooden spoon for 2 minutes. Finally, add the wine and veal stock. Cover and let simmer for 30 minutes, or until it’s rich and medium-thick. Strain before using and add the cognac.
You can make this the previous day and keep it in the refrigerator. But be sure to warm it thoroughly before adding it in with the rest.

Now let’s bring it all together, with the other ingredients:
- Remove the saddle from the marinade and dry it carefully. Heat the oil & butter and brown the saddle on all sides. Transfer it to a preheated 375°F oven and roast for 30 min.
- Strain the marinade and add it to the heated sauce poivrade. Reduce over high heat to about half its quantity.
- Just before serving time, return the sauce poivrade to a boil. Mix the cornstarch into the cognac thoroughly, then add it in, along with the red currant jelly and heavy cream. Stir with a wooden spoon and simmer for a few minutes, stirring constantly.
- Carve the meat, coat it with the sauce grand veneur, pouring any extra into a gravyboat. Serve with puree of chestnuts. Or as an alternative, pureed celery root or even mashed potatoes.

Accompany with a full-bodied red wine, preferably a burgundy, or perhaps a cahors.